Science to Save the World – Concrete Batteries

The technology is not yet usable but has enormous potential. 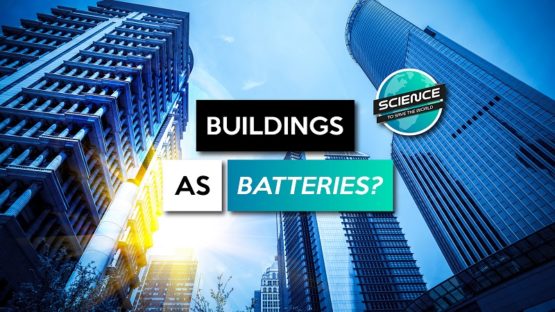 On this episode of Lifespan.io’s general science show, Science to Save the World, we discuss using concrete as a medium for battery development.

Researchers are exploring the possibility of converting buildings into enormous batteries. The concept is gaining traction as we become more reliant on renewable energy sources such as wind and sun. Rechargeable batteries are used to store energy for when darkness falls, or when the breeze dies down.

These batteries generally use hazardous materials that are not environmentally friendly. In a future where sustainability is essential, structures that provide shelter and store electricity are quite a good idea.

So far, experimental concrete batteries have only been able to hold a fraction of the energy that a typical battery can hold. However, one team now reveals in the publication Buildings that it has created a rechargeable prototype concrete battery that could hold a stored charge more than 900 percent higher than previous batteries.

The designers took inspiration from the design of basic – but long-lasting – batteries created by Thomas Edison, in which an electrolyte solution transports ions between positively charged nickel plates and negatively charged iron plates, producing an electrical potential that generates voltage. In this case, the researchers mixed conductive carbon fibers into cement (a main ingredient of concrete) to substitute for the electrolyte.

They also incorporated layers of carbon-fiber mesh coated in nickel or iron, which act as the battery plates. The configuration proved able to deliver power until drained, and then recharge. The prototype, like its inspiration, is long-lived. Edison batteries can work for decades. The prototype also resists overcharging, taking a constant charge without harming its functionality.

Although the new design stores many more times as much energy as previous attempts, it still has a long way to go. A 200 square meter prototype can only provide about 8% of a normal U.S. household’s daily electricity consumption. This is not enough to compete with today’s rechargeable electronics. These prototypes aren’t even yielding amps – just milliamps so far.

But concrete-based batteries are still in their infancy. The first batteries, such as Edison’s, were simple and cumbersome. It took more than a century for researchers to experiment with novel materials and designs, resulting in today’s compact, efficient batteries. Concrete-based energy storage appears ready to undergo a similar evolution, probably more quickly. Researchers are looking into the far future and playing the long game. They have to!

Could you one day live in a giant battery? Would you want to? Sound off in the comments – what do you think of this idea?