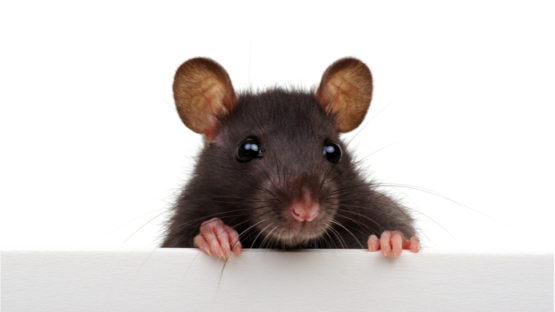 Mitochondria provide our cells with the energy they need to function, and they become increasingly dysfunctional as we age. A new study suggests that mitochondrial rejuvenation in the context of restoring healthy blood flow and neurovascular health might be possible with the popular supplement NMN.

The mitochondria are the power stations of the cell and provide the energy that our cells need in order to function. As we age, our mitochondria become increasingly dysfunctional and inefficient, and they produce excessive waste in the form of free radicals, which bounce around the interior of the cell, striking and damaging the cellular machinery within.

Mitochondria rely on a supply of nicotinamide adenine dinucleotide (NAD+) to produce a form of cellular energy known as adenosine triphosphate. NAD+ is a coenzyme found in all living cells. It is a dinucleotide, which means that it consists of two nucleotides joined through their phosphate groups. One nucleotide contains an adenine base, and the other contains nicotinamide.

In metabolism, NAD+ facilitates redox reactions, carrying electrons from one reaction to another. This means that NAD+ is found in two forms in the cell: NAD+ is an oxidizing agent that takes electrons from other molecules in order to become its reduced form, NAD+H. NAD+H can then become a reducing agent that donates the electrons it carries.

The transfer of electrons is one of the main functions of NAD+, though it also performs other cellular processes, including acting as a substrate for enzymes that add or remove chemical groups from proteins in post-translational modifications, performing cellular signaling, regulating metabolism, facilitating DNA repair, and engaging in many other functions within the cell. Quite simply, without NAD+ and its supporting precursors, life would not be possible.

Unfortunately, as we get older, the levels of NAD+ available to us decline significantly. There are various reasons why NAD+ decreases, including inflammatory signaling molecules and oxidative damage to the NAD+ molecules. One major reason NAD+ declines is the enzyme CD38, which is present in inflammation sources, including the secretions given off by senescent cells [1-3].

It has been suggested that blocking the activity of CD38 might be a way to restore NAD+ levels and thus improve health. Indeed, this appears to have some merit, as studies of mice bred to be deficient in CD38 appear to benefit from a reduced incidence of mitochondrial dysfunction as they age due to a protective action regulated by the mitochondrial sirtuin SIRT3.

In fact, attempts to directly target CD38 have also enjoyed some success in mouse studies. When researchers treated mice with the flavone apigenin, a naturally occurring molecule found in plants such as camomile and a known inhibitor of CD38, they found that NAD+ levels increased in the aged animals again [4].

This also happened when they gave the animals the related compound quercetin, another naturally occurring flavonol that has also been studied as a senolytic, a compound that can destroy senescent cells, when used in combination with the cancer drug dasatinib [5-6]. There is also recent clinical trial data suggesting that this approach can reduce senescent cell burden in humans [7].

As there appears to be merit in restoring the levels of NAD+ available in aged mice and perhaps even humans, there are now various groups of researchers who are searching for a way to bring this to the clinic..

The researchers of today’s study have opted to approach the problem of age-related NAD+ decline by directly boosting the levels of NAD+ in aged mice with the hope of restoring healthy blood flow and neurovascular health [8].

The researchers treated aged mice with the NAD+ precursor nicotinamide mononucleotide (NMN) for two weeks and then compared gene expression in these mice with both young and old mice who had not been given NMN.

There was a difference in gene expression between young and old animals. A total of 590 genes were affected; treatment with NMN reversed 204 of those genes back towards youthful expression levels. NMN increased NAD+ levels in the old mice, which, in turn, promoted activation of the sirtuin SIRT1, a known longevity-associated gene. Essentially, NMN appears to significantly reverse epigenetic alterations, the changes to gene expression that occur with age.

Further analysis showed that NMN has a neurovascular protective effect facilitated by genes linked to mitochondrial rejuvenation and that it is involved in anti-inflammatory and anti-apoptotic pathways.

Aging-induced structural and functional alterations of the neurovascular unit lead to impairment of neurovascular coupling responses, dysregulation of cerebral blood flow, and increased neuroinflammation, all of which contribute importantly to the pathogenesis of age-related vascular cognitive impairment (VCI). There is increasing evidence showing that a decrease in NAD+ availability with age plays a critical role in age-related neurovascular and cerebromicrovascular dysfunction. Our recent studies demonstrate that restoring cellular NAD+ levels in aged mice rescues neurovascular function, increases cerebral blood flow, and improves performance on cognitive tasks. To determine the effects of restoring cellular NAD+ levels on neurovascular gene expression profiles, 24-month-old C57BL/6 mice were treated with nicotinamide mononucleotide (NMN), a key NAD+ intermediate, for 2 weeks. Transcriptome analysis of preparations enriched for cells of the neurovascular unit was performed by RNA-seq. Neurovascular gene expression signatures in NMN-treated aged mice were compared with those in untreated young and aged control mice. We identified 590 genes differentially expressed in the aged neurovascular unit, 204 of which are restored toward youthful expression levels by NMN treatment. The transcriptional footprint of NMN treatment indicates that increased NAD+ levels promote SIRT1 activation in the neurovascular unit, as demonstrated by analysis of upstream regulators of differentially expressed genes as well as analysis of the expression of known SIRT1-dependent genes. Pathway analysis predicts that neurovascular protective effects of NMN are mediated by the induction of genes involved in mitochondrial rejuvenation, anti-inflammatory, and anti-apoptotic pathways. In conclusion, the recently demonstrated protective effects of NMN treatment on neurovascular function can be attributed to multifaceted sirtuin-mediated anti-aging changes in the neurovascular transcriptome. Our present findings taken together with the results of recent studies using mitochondria-targeted interventions suggest that mitochondrial rejuvenation is a critical mechanism to restore neurovascular health and improve cerebral blood flow in aging.

Mitochondrial dysfunction appears to be an important driver of aging, and therapies that can delay or even reverse this dysfunction could prove to be highly beneficial in the battle to effectively treat age-related diseases. NMN is one potential approach to rejuvenating our mitochondria if these murine results translate to humans.

More broadly, senolytic therapies that target and remove senescent cells could also prove useful in the context of restoring NAD+ levels, as the studies showing the inhibition of CD38, which is contained in senescent cell secretions, also restored NAD+ levels in aged animals. It may be the case that senolytic treatment could prove to be more effective at restoring NAD+ levels, as could other approaches that reduce age-related chronic systemic inflammation.

In biology, there are often multiple pathways to approach a problem, so the race is now on to bring the first effective mitochondrial rejuvenation treatment through human trials. That could be NMN or another NAD+ precursor, a side effect of senolytics, or some other approach. How it is achieved is not that important right now; the key thing is to get something working in humans at a level significant enough for the wider public to appreciate and understand that aging is not a one-way street and that by targeting the root causes of aging, we might delay, halt, and even reverse age-related diseases.

People Living 105+ Years Appear to Repair DNA Better
1 Comment
A new study has shown that people who live for over 105 years typically have a genetic makeup that allows better repair of DNA damage. Looking at the genomes of people who enjoy extreme longevity There has always been […]
Posted in: News
Tags: Centenarians, COA1, DNA, Genomic Instability, STK17A

No Sign of Aging in Long-Lived Bigmouth Buffalo Fish
0 Comments
Extremely long-lived bigmouth buffalo fish show no signs of a physiological decline with age, according to a new study. This clear example of negligible senescence in aging vertebrates demonstrates the need to […]
Posted in: News
Tags: Bigmouth Buffalo Fish, Cellular Senescence

Developing a Science-based Personal Longevity Strategy
0 Comments
There is one common public reaction to my talks that bothers me quite a bit. I am worried that after each of my lectures, people will just start taking lots of supplements without regard […]
Posted in: Advocacy, News
Tags: Biomarkers, Geroprotectors

Vibration Reduces Cellular Senescence in the Bones of Rats
1 Comment
A new study published in the journal Aging has examined the effects of vibration on cellular senescence and osteoporosis. Superior treatments are needed for […]
Posted in: News
Tags: Bone, Cellular Senescence, Osteoporosis

Lifespan News – NMN Human Trial
0 Comments
This week on Lifespan News, Brent Nally discusses the effectiveness of NMN on prediabetic patients, the accomplishments of BioAge in 2021, an FDA-approved drug as a treatment for dry AMD, a negligibly senescent fish, and how the Chinese […]
Posted in: Lifespan News, News
Tags: Lifespan News

Two Industries in One Field
0 Comments
Now that we are starting to see the arrival of actual therapies aimed at directly targeting the processes of aging in order to prevent age-related diseases, it has become easier to separate two […]
Posted in: News
Tags: Snake Oil
Stay Connected