Exercise seems to both reduce cancer risk and slow its spread. 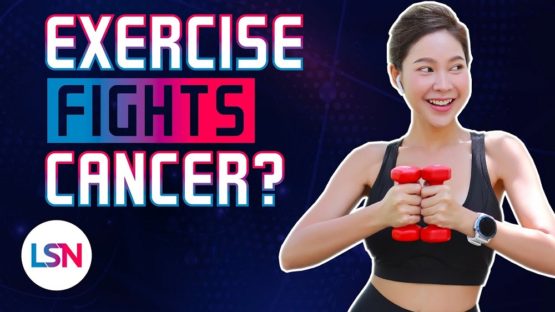 On this episode of Lifespan News, we discuss a new study revealing the effects of exercise on cancer and how rapamycin might actually reduce this benefit.

Physical activity provides many health benefits, and it can even lower the risk of developing cancer. Now, scientists may have additional evidence of another benefit: Exercise may be able to slow cancer progression by causing tissues and organs to compete with cancer cells for nutrients. However, it appears that rapamycin may reduce these benefits – and that could be of particular interest for anyone taking rapamycin for life extension.

This new study, published in the journal Cancer Research, featured a series of experiments analyzing the effects of exercise and metabolic activity on the progression of cancer.

The researchers examined a cohort of over 2,700 people from the Israeli National Cancer Registry. Physical activity was assessed at baseline via a questionnaire, and the follow-up period was an impressive 20 years. A statistical analysis showed no significant difference in the incidence of non-metastatic cancer, but there was a major difference in cancers that reached the highly metastatic stage. High-intensity exercise seemed to lead to a large risk reduction: 73% less metastatic cancer.

Next, the researchers created a mouse cancer model based on melanoma, which is prone to metastasizing to distant organs and lymph nodes. The active group was subjected to 8 weeks of intensive treadmill activity prior to subcutaneous inoculation with melanoma cells. After some time, the primary tumors were excised, and, following a period of recovery, physical activity in the study group resumed.

The number of melanoma cells was significantly reduced in the lungs and liver of the active group compared to controls, and there was the same downward trend, though not deemed significant, in lymph nodes. Moreover, exercise also seemed to decrease the size of the primary tumors.

The researchers also ran another two experiments – one forgoing primary tumor formation and instead directly injecting cancer cells into circulation, and another in which the study group exercised only prior to, but not after, the inoculation. In all the experiments, the spread of cancer in the study group was significantly reduced compared to controls. According to the researchers, these results show that exercise dampens future metastasis by priming organs and tissues even prior to the emergence of cancer.

Switching to in vitro, the researchers co-cultured cells taken from active and inactive mice with melanoma cells. In the presence of exercise-primed cells, melanoma cells seemed to fare far worse, with either decreased proliferation or increased apoptosis.

Rapamycin is currently the most effective drug for lifespan extension in mice. Considering that these mice die mostly of cancer, it seems that rapamycin’s effects on cancer risk may be positive overall. However, the specific connection uncovered by the researchers deserves a closer look, and may be worth the attention of anyone considering taking rapamycin for its perceived longevity benefits.

This study lends support to a hypothesis that exercise-related changes in healthy cells make life harder for cancer by increasing competition for nutrients. Considering that metastatic cancer is mostly incurable with current treatments, any advancements in this field warrant more extensive studies.

When there’s more to share, we’ll have it for you here – so please subscribe, so you don’t miss out! We’ll see you next time on Lifespan News!