This episode of Life Noggin focuses on senescent cells. 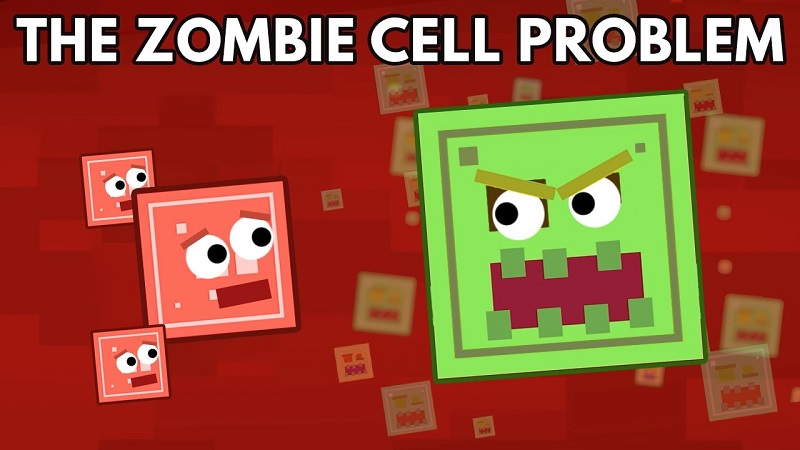 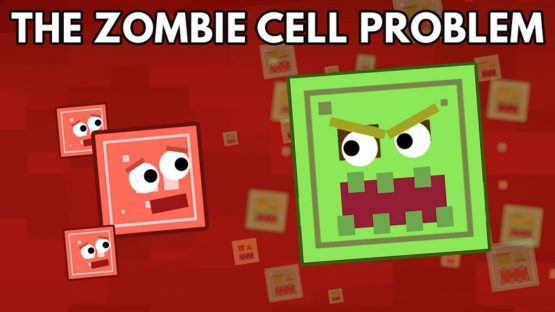 Life Noggin, part of the Lifespan.io family of Youtube channels, regularly makes videos on a variety of interesting topics and has just published a new video about aging! This time, its mascot, Blocko, stars in a new video featuring a problem that’s well known to regular Lifespan.io readers: senescent cells.

The video was created by the Life Noggin team who produce an animated edutainment YouTube series with over 3.4 million subscribers. Watch the video to learn more the SENS damage repair approach and their ApoptoSENS project. A big thank you to the SENS Research Foundation for sponsoring this video and helping new audiences learn about the awesome science they are doing.

Interested in collaborating with Lifespan.io on a video like this? Please get in touch – we’re always looking for partners to help us advance research for healthy longevity.

Thank you so much to the SENS Research Foundation for sponsoring this video!

Oh hey! You caught me watching my favorite zombie show, The Blocking Dead. It’s on its 75th season and I truly have no idea what’s happening anymore, but this show reminded me of a fun video idea. Did you know that an entire army of zombies is living inside you, and it’s getting larger every day? Yeah. Buckle up.

Cue the intro! Hey there! Welcome to Life Noggin! It’s true: there’s a horde of zombies living inside you. Zombie cells, that is. The cells in your body are continually dividing and replacing old or damaged tissue. This is what keeps you healthy. But eventually, due to cellular stress, they stop multiplying.

Instead of being killed and cleared from your body like typical dysfunctional cells through a process known as apoptosis, they remain and release harmful chemicals that destroy or impair the cells around them. These are called senescent cells and, as you age, you get more and more of them, leading to age-related disorders like cancer, cardiovascular disease, dementia, osteoporosis, and metabolic diseases.

The development of these cells is considered a hallmark of aging, but scientists are finding ways to slow down or even reverse their accumulation in order to prevent or treat age-related disease and ultimately extend one’s lifespan. There are three main methods being explored, and they are fascinating.

The first and most popular are senolytics. These are drugs that target and kill senescent cells by inducing apoptosis, a type of cell death. There are many senolytics being tested in animals, and some even in clinical trials with varying success, as well as targeted delivery strategies to mitigate serious side effects like tissue dysfunction.

Another strategy is SASP inhibitors, or senomorphics. SASP is released by senescent cells and stands for senescence-associated secretory phenotype. It can cause damage to nearby cells, creating more senescent cells. So, stopping them would slow down their accumulation.

The last method, called immunosurveillance, is to strengthen the immune system so it can recognize and eliminate senescent cells by itself. All three approaches have pros and cons, but they follow a broader theory of how to stop aging: the damage repair approach.

Preventing damage would require messing with a complicated and delicate system. Waiting for disease to occur would require much more sophisticated tools. Treating the body as the damage accumulates, however, that could work, and not just with senescent cells, but all types of age-related damage. Which is exactly what our sponsor, the SENS Research Foundation, is working on with ApoptoSENS and other programs. Check out their links in the description to learn more about the amazing work they are doing!

Did you like this video? If so, we can make more about the other types of damage in the body, and how to perhaps stop them. Let us know, and also let me know in the comment section below, would you wanna live to 200 if nothing bad would happen to your body? Let’s have a fun discussion, shall we? Don’t forget to subscribe and click the bell so you’re notified every single time we upload a new video, and don’t forget to click like because it really helps us out! You can also check out the team at Lifespan that powers Life Noggin down in the description.

Why we Age: Cellular Senescence
As your body ages, more of your cells become senescent. Senescent cells do not divide or support the tissues of which they are part; instead, they emit potentially harmful chemical signals, collectively known as the senescence-associated secretory phenotype (SASP), which encourages nearby cells to enter the same senescent state. Their presence causes many problems: they degrade tissue function, increase chronic inflammation, and can even eventually raise the risk of cancer and other age-related ...
Read More
No Comments

Methuselah’s Zoo, a Look at Animal Longevity
0 Comments
To understand human longevity, we need to put it into perspective. Are we relatively long-lived or short-lived creatures? After all, among all the plants and animals in nature, we find a vast variety of lifespans, from several hours to […]
Posted in: News
Tags: Animals, Book, Naked Mole Rats

Nanoplastics Cause Mitochondrial Stress in Human Cells
2 Comments
A paper published in Environmental Science and Technology has described some of the effects of nanoplastics on human liver and lung cells [1]. […]
Posted in: News
Tags: Mitochondrial Dysfunction, Plastic, Reactive Oxygen Species

A High-Fat Diet Leads to Joint Degeneration in Rats
4 Comments
In a new study published in Scientific Reports, researchers have uncovered the molecular mechanism underlying the link between obesity and joint degeneration [1]. Obesity and osteoarthritis Obesity accelerates aging and is associated with […]
Posted in: News
Tags: Autophagy, Inflammation, Obesity, Osteoarthritis
Stay Connected