Hackathons are rapid events in which teams collaborate to solve challenges. 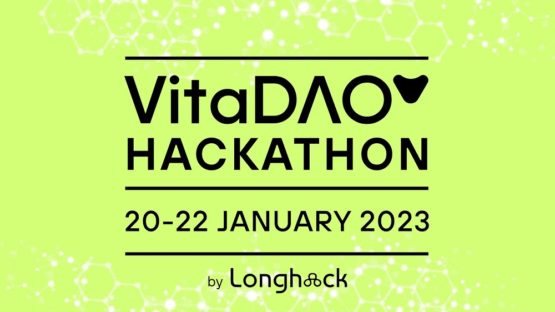 The latest hackathon event, LongHack, hosted by the VitaDAO team beginning today and continuing over the weekend, will focus on discovering new approaches to longevity science and inspiring new initiatives in the field.

LongHack is a longevity-focused hackathon that is hosted by VitaDAO and supported by Lifespan.io, the Healthy Life Extension Society (Heales), Einstein Albert Einstein College of Medicine, R42, the Foresight Institute, and the International Longevity Alliance.

Offering a prize fund of 5,000 USDC, 10,000 VITA, and 1,000 euros, the hackathon’s ideation weekend helped form 10 teams of dedicated participants who are competing in this current event.

The proposed projects include a drug discovery pipeline that’s able to predict drug efficacy and toxicity more accurately, an atherosclerosis risk estimator app, and nanomedicine for the delivery of sirtuin-activating compounds. We will report more about the projects in the coming weeks once the winners are announced.

What is a hackathon and how does it work?

Hackathons are fast-paced events in which participants gather together to form teams and solve specific challenges over 24 or 48 hours. Also known as hackfests, codefests, and datathons, hackathons have gained popularity in recent years as an agile method of figuring out solutions quickly.

The term “hackathon” (hack + marathon) dates back to a 1999 event held in Calgary, Canada. Although the event can be considered more of a sprint, the name reflects the endurance that the teams exhibit. Here, ‘hack’ is used to cover any type of computer programming.

Often, hackathons are not just interest-based events; participants and winning teams often compete to win prizes or investments into their designed solutions, providing more motivation for those taking part. Such events can be themed; there have previously been fintech hackathons, biotech hackathons, and hackathons focused on startups. By using the principles of agile software development, which prioritize individual contribution and interactions, operational software, collaboration, and responding to change (mentor feedback), hackathons are geared towards productivity.

Traditionally, hackathons were held in a specific location, with participants gathering together for the entirety of the intense work period. However, following the COVID-19 pandemic, some organizers have switched to remote-first models that allow participation from candidates from all over the world.

What should participants expect from a hackathon?

While the environment is fast-paced, participants often enjoy the challenge. The general structure of a hackathon usually includes an introduction from the host, which outlines the aims, objectives, terms, and other details of the event, then a team- or match-making activity, followed by idea sessions, project work, result presentations, and awards. By the end of the event, it is hoped that the teams will be able to present their works-in-progress or minimum viable products to the rest of the group.

Since the term hackathon was invented, countless events have taken place all over the world. Perhaps the most famous was the Salesforce-run Dreamforce event, which boasted a massive prize of $1 million for the winners. However, there have been a number of outstanding results from other events, including:

HackMIT: organized by the Massachusetts Institute of Technology and sponsored by top names in tech, such as Google, Facebook, and IBM, HackMIT brings together students from around the world to work on software/hardware projects. By choosing one of its established tracks (education, new frontiers, entertainment, or sustainability), teams compete to win one of the event’s prizes.

Disrupt: hosted by TechCrunch, while not described as a hackathon, Disrupt is a three-day event focused on connecting startups and investors. Selected teams compete on the Startup Battlefield 200, where the top winners will then pitch their companies on the main Disrupt stage for the chance to win the Disrupt Cup and a $100,000 prize.

NASA Space Apps Challenge: founded by the National Aeronautics and Space Administration (NASA) and sponsored by 11 partner agencies from all around the world, participants in this annual 48-hour event take on challenges that are related to that year’s theme. In 2022, ten winners were selected from over 5,300 participating teams.