by
Stephen Rose
Share
Comments Off on What Is Glutathione? A Summary of Glutathione 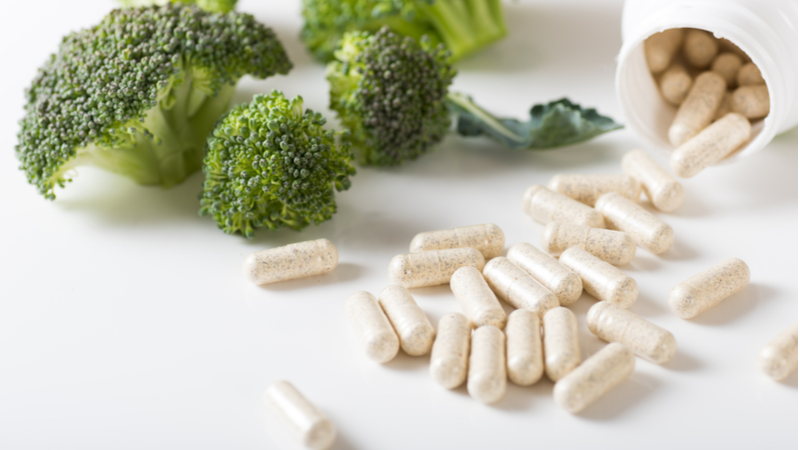 Glutathione, known as the master antioxidant within cells, is a tripeptide made of glutamine, cysteine, and glycine [1]. Cysteine, the central amino acid in glutathione, contains a carbon atom that is bonded to a sulfur-hydrogen functional group. This arrangement of atoms enables glutathione to perform many functions in the cell.

Further, this arrangement of atoms explains how glutathione is able to act as a cellular signaling agent. Glutathione signaling helps control reactive oxygen species (ROS), which can damage the body and kill cells.

This atomic arrangement also permits glutathione to bond to other cysteine-containing proteins, which allows it to regulate multiple processes, including metabolic pathways, calcium balance, cellular remodeling, and protein folding. Glutathione can also cause changes to gene expression, DNA and protein synthesis, cell division and growth, and programmed cell death (apoptosis).

Glutathione’s functional group helps it to bind to heavy metals and carcinogens, thus allowing for their removal [2].

In addition, glutathione is an essential building block in the synthesis of several compounds, including leukotrienes and prostaglandins. These molecules are involved in the regulation of the inflammatory response and numerous other balancing functions [3].

The case for boosting glutathione and related enzymes

Glutathione assumes many roles, and its depletion is observed in aging and many chronic diseases [4-6]. To make matters worse, many people have genetic disorders related to the use of glutathione. Often, these individuals possess dysfunctional mutations in one or more enzymes related to glutathione function.

This is prevalent in the glutathione S-transferase (GST) family of genes. In certain populations, 20-50% of individuals possess GST-related enzyme mutations or deletions [7]. Under normal circumstances, these enzymes catalyze glutathione’s detoxifying abilities.

GST helps to manage free radical damage in multiple contexts [8,9]. Increasing glutathione and its supporting enzymes has been shown to reduce oxidative damage and help remove toxic substances from the body.

There is limited data regarding the effects that different diets have on glutathione activity. A 2018 study found that people who ate a Mediterranean diet had higher plasma glutathione than people who didn’t [10].

Several studies have examined the effects of eating fruits and vegetables on glutathione and its related enzyme levels [11]. Certain vegetables and fruits, including broccoli, garlic, and oranges, may increase the production of GST-related enzymes [12-16].

Substances like sulforaphane, found in broccoli and related vegetables, may increase glutathione and its related enzymes. They may even increase the body’s natural production of antioxidant enzymes [12,17,18].

This is especially relevant to individuals with poorly functioning GST enzymes. Cruciferous vegetables such as broccoli increase GST levels, especially in males.

In another study, young smokers who ate 250 grams of steamed broccoli daily reduced DNA damage by 41%. Additionally, the researchers reported a 23% decrease in DNA strand breaks caused by hydrogen peroxide [19]. Even higher protection was enjoyed by people with a nonfunctional GSTM1 gene.

Drinking fruit and vegetable juices may also be helpful. These juices contain polyphenols that reduce oxidative stress and increase glutathione peroxidase [20-22], an enzyme that works with glutathione to change hydrogen peroxide (a source of oxidative stress) into water.

Here are some foods that either directly provide glutathione or stimulate the body to produce glutathione [25,26]: Raw or steamed consumption has been shown to improve the absorption of these nutrients [27]. Fresh is better than frozen, especially with cruciferous vegetables [28].

Other studies have found that taking glutathione at 250 or 1000 mg/day led to increased glutathione levels [37]. This finding was accompanied by a decrease in oxidative stress indicators.

More recent studies suggest that glutathione is much more easily absorbed when taken in a liposomal or sublingual form. In one study, participants took 500 or 1000 mg per day. After two weeks, plasma concentrations of glutathione were increased by 25% [38]. These approaches appear to protect glutathione from the action of digestive enzymes [39].

The three amino acids that form glutathione do so in two steps. One enzyme catalyzes the bonding of glutamate to cysteine, and then another enzyme catalyzes the bonding of glutamate and cysteine to glycine [40]. Therefore, the body requires both the amino acids and connection-facilitating enzymes to make enough glutathione [37].

Cysteine contains sulfur. This suggests that eating foods high in sulfur and sulfur-containing amino acids could also help glutathione production, as a lack of cysteine is thought to be its main bottleneck [41].

N-acetylcysteine (NAC) is often recommended to enhance glutathione production because it is a source of cysteine [42]. Although NAC could potentially improve glutathione levels and alleviate oxidative stress, this issue is controversial [43-45]. NAC is an antioxidant. This makes it unclear if the effects of NAC on oxidative stress are due to NAC or increased glutathione.

Impaired protein digestion can endanger healthy glutathione levels. This is often caused by reduced acid production in the stomach or a lack of pancreatic enzymes. People who are showing the signs and symptoms of low albumin and glutathione levels are advised to seek medical help.

Since glutathione is made from amino acids, intake of dietary protein may influence the body’s ability to make glutathione. Reductions in protein consumption [46], even within what are considered safe levels, can alter plasma glutathione synthesis. This, in turn, contributes to a reduction in antioxidant capacity. Whey protein, when needed, can be helpful due to its higher cysteine content [47].

Chronic inflammation can contribute to oxidative stress and deplete glutathione reserves [50]. Omega-3 fatty acids have been shown to reduce inflammation and have an impact on glutathione levels. One study found that women with a GST-related gene deletion benefited from eating large amounts of fish high in omega-3. Those who did had a 64% reduction in the risk of breast cancer [51].

Vitamins B, C, and E

Riboflavin is a necessary coenzyme to activate glutathione reductase. This enzyme converts oxidized glutathione into its reduced form. This is needed for glutathione to function as an antioxidant and explains how riboflavin deficiency can depress its function [52].

Pantothenic acid (vitamin B5) has been shown to increase glutathione synthesis by improving cellular energetics [53].

Alpha-lipoic acid is a scavenger of free radicals and also aids in the regeneration of glutathione. HIV-infected adults in one study were given 300 mg of alpha-lipoic acid three times daily for six months, which resulted in significant elevations in total glutathione [58].

Selenium is an antioxidant that works alongside glutathione peroxidase, which helps glutathione convert hydrogen peroxide to water. In a mouse study, selenium supplementation increased the expression and activity of certain enzymes related to glutathione [59].

Side effects of glutathione

Few side effects are associated with dietary changes aimed at elevating glutathione reserves. One study looked at thyroid cancer in women from New Caledonia and found a relationship between thyroid cancer and high cruciferous vegetable intake in the presence of low iodine levels [60]. Otherwise, mild abdominal discomfort and flatulence associated with raffinose in cruciferous vegetables may be anticipated [61]. There are no side effects or mentions of glutathione toxicity in the academic literature.

Selenium toxicity can occur with excessive intake [62]. If you do experience any adverse effects, you should cease taking it immediately and consult your doctor.

Summary of recommendations from studies on boosting glutathione The table to the left was developed by Minich et al. and provides a list of recommendations compiled from academic journals. These findings examine the effects of food and supplementation of boosting glutathione [26].

[24]  S. Galland and I. Stamenkovic, “Mesenchymal stromal cells in cancer?: a review of their immunomodulatory functions and dual effects on tumor progression S Galland and I Stamenkovic,” Journal of Pathology.,pp. 555–572, 2019 Chris is one of the writers at Lifespan.io. His interest in regenerative medicine and aging emerged as his personal training client base grew older and their training priorities shifted. He started his masters work in Bioengineering at Harvard University in 2013 and is currently completing his PhD at SUNY Polytechnic University in Albany, NY. His dissertation is focused on the role of the senescent cell burden in the development of fibrotic disease. His many interests include working out, molecular gastronomy, architectural design, and herbology.