Alpha-ketoglutarate Health Benefits and Side Effects 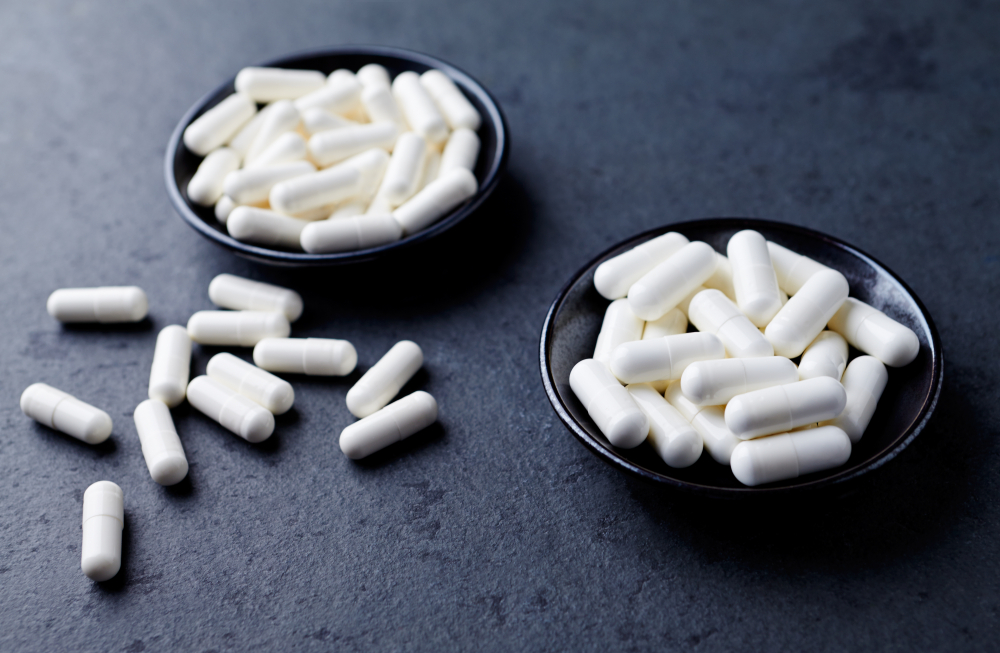 Alpha-ketoglutarate (AKG) has long been a popular sports supplement and is often used in the bodybuilding world, but interest in this molecule has now reached the aging research field due to its central role in metabolism.

AKG is a naturally occurring endogenous intermediary metabolite and part of the Krebs cycle, which means that our own bodies create it. The supplement industry also produces a synthetic version which is chemically identical to naturally produced AKG.

Alpha-ketoglutarate (AKG) was discovered in 1937 by Hans Adolf Krebs and William Arthur Johnson at the University of Sheffield, with Krebs going on to receive the Nobel Prize for Physiology or Medicine in 1953. The discovery of AKG was part of the overall identification of the citric acid cycle, which is commonly known as the Krebs cycle due to its discoverer.

Collectively, the Krebs cycle is a series of chemical reactions that is used to generate energy via the oxidation of acetate, which is derived from carbohydrates, fats, and proteins, into carbon dioxide.

What does AKG do?

AKG is a molecule involved in a number of metabolic and cellular pathways. It works as an energy donor, a precursor in amino acid production, and a cellular signalling molecule, and it is a regulator of epigenetic processes. It is a critical molecule in the Krebs cycle and regulates the overall speed of the citric acid cycle of an organism. It works in various pathways in the body, to help build muscle, and to help heal wounds, this is one reason it has become popular in the bodybuilding community.

AKG also acts as a nitrogen scavenger and can prevent nitrogen overload and prevent the build-up of excessive ammonia. It is also a key source of glutamate and glutamine, which stimulates protein synthesis and inhibits protein degradation in the muscles.

Additionally, it regulates the ten-eleven translocation (TET) enzymes, which are involved in DNA demethylation and the Jumonji C domain containing lysine demethylases, which are the major histone demethylases. In this way, it is an important player in gene regulation and expression.

There is evidence that AKG can influence aging, and a number of studies suggest that this is the case. A 2014 study showed that AKG extends the lifespan of adult C. elegans by roughly 50% by inhibiting ATP synthase and the target of rapamycin (TOR) [1].

During this study, it was found that AKG not only increased lifespan but also delayed certain age-related phenotypes, such as the loss of rapid coordinated body movement commonly seen in aged C. elegans. In order to understand how AKG influences aging, we will describe the mechanism by which AKG inhibits ATP synthase and TOR to extend lifespan in C. elegans and likely other species as well.

Mitochondrial ATP synthase is a ubiquitous enzyme involved in the energy metabolism of most living cells. ATP is a membrane-bound enzyme that acts as an energy carrier facilitating cellular energy metabolism. The 2014 study showed that in order to increase lifespan in C. elegans, AKG needs ATP synthase subunit β and is dependent on downstream TOR.

The researchers found that ATP synthase subunit β is a binding protein of AKG. They discovered that AKG inhibits ATP synthase, which leads to a reduction of available ATP, decreased oxygen consumption, and an increase of autophagy in the cells of both C. elegans and mammals.

The direct binding of ATP-2 by AKG, the associated inhibition of enzymes, the reduction of ATP levels, reduction of oxygen consumption, and increased lifespan were almost the same as when ATP synthase 2 (ATP-2) is directly, genetically knocked out. From these findings, the researchers concluded that AKG likely increases lifespan by targeting ATP-2.

Essentially, what is happening here is that mitochondrial function is being somewhat suppressed, in particular the electron transport chain, and it is that partial suppression that is responsible for increased lifespans in C. elegans.

The key is to reduce mitochondrial function just enough without going too far and it becoming detrimental. So, the old saying “live fast, die young” is absolutely correct, only in this case, the worms are living slow and dying old thanks to ATP suppression.

Alpha-ketoglutarate and the target of rapamycin (TOR)

TOR is part of a group of serine/threonine kinases from the phosphatidylinositol kinase-related kinase (PIKK) family. It is a conserved pathway, meaning that it is common to multiple species, including C. elegans, mice, and humans, and its job is to regulate growth and metabolism. In mammals is it is called mammalian target of rapamycin or mTOR.

There have been various studies showing that the inhibition of TOR can influence aging in multiple species, including slowing aging in yeast [2], slowing down aging in C. elegans [3], slowing aging in fruit flies [4], and regulates lifespan in mice [5].

AKG does not directly interact with TOR, though it does influence it, mainly via the inhibition of ATP synthase. AKG depends at least partially on activated protein kinase (AMPK) and Forkhead box ‘Other’ (FoxO) proteins to influence longevity.

AMPK is a conserved cellular energy sensor found in multiple species, including humans. When the AMP/ATP ratio is too high, AMPK is activated, which inhibits TOR signaling by activating phosphorylation of the TOR suppressor TSC2. This process allows the cell to adjust its metabolism and balance its energy status effectively.

FoxO is a subgroup of the Forkhead transcription factor family and plays a critical role in regulating the impact of insulin and growth factors on a wide range of functions, including cell proliferation, cellular metabolism, and apoptosis. A study showed that in order to increase lifespan via the reduction of TOR signaling, the FoxO transcription factor PHA-4 is required [6].

Finally, autophagy, which is activated by caloric restriction and also the direct inhibition of TOR, is increased significantly in C. elegans given additional AKG. This means that AKG and TOR inhibition are increasing lifespan either via the same pathway or through independent/parallel pathways and mechanisms that ultimately converge on the same downstream target.

Further support for this has been shown in studies with starving yeast and bacteria [7] and in humans post-exercise [8], where AKG levels are shown to be elevated. This increase is believed to be a starvation response, in this case anaplerotic gluconeogenesis, which activates glutamate-associated transaminases in the liver to generate carbon derived from amino acid catabolism.

This is consistent with the findings of the 2014 C. elegans study [1], which showed that AKG levels are elevated in starving worms but that AKG did not increase the lifespan of calorically restricted animals. This suggests that AKG is a key metabolite and player in the regulation of lifespan via starvation and caloric restriction. It also suggests that AKG is a molecular link between cellular energy generation and dietary restriction in the context of lifespan regulation.

Finally, it means that AKG is a potential target for the delay of aging and the treatment of age-related diseases.

Building on these findings, recently, Dr. Brian Kennedy has published a new mouse study with AKG and demonstrated its potential to extend healthspan and lifespan [9]. Dr. Kennedy also gave a talk at our EARD 2020 conference about his work with AKG and its potential implications for the treatment of aging and age-related diseases.

No significant side effects caused by alpha-ketoglutarate have been reported in humans but as with any supplement, if you do experience any adverse effects you should cease taking it immediately and consult your doctor.