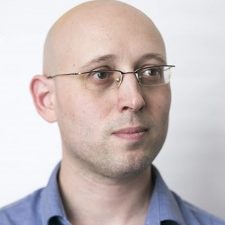 Dr. Roey Tzezana is a futures studies researcher at Blavatnik Center at Tel Aviv University and is acting as lead researcher in XPRIZE – an organization that creates massive competitions with tens of millions of dollars in prizes, to solve humanity’s greatest challenges. Dr. Tzezana led the research in the organization about human longevity, which should eventually, hopefully, lead to the development of treatments to stop and reverse aging. Dr. Tzezana is acting as a scientific consultant to several firms and international organizations, and is the author of several best-selling books about the future of technology and society, one of which has been described by the Israeli Secretary of Treasury as “a book that every politician should read”. Dr. Tzezana has co-founded the SimPolitix project for political forecasting and TeleBuddy - a firm that operates telepresence robots around the globe, allowing him to teach, lecture, and live in three different continents at the same time, using robotic avatars as his bodies. His research has led him to journey worldwide - from Kazakhstan to Latin America and even Antarctica (where he became one of the few people in the world to capture pokemon on that barren continent) - trying to understanding how technology will impact humanity and reshape our society and institutions.