What is Spermidine? – Benefits & Side Effects 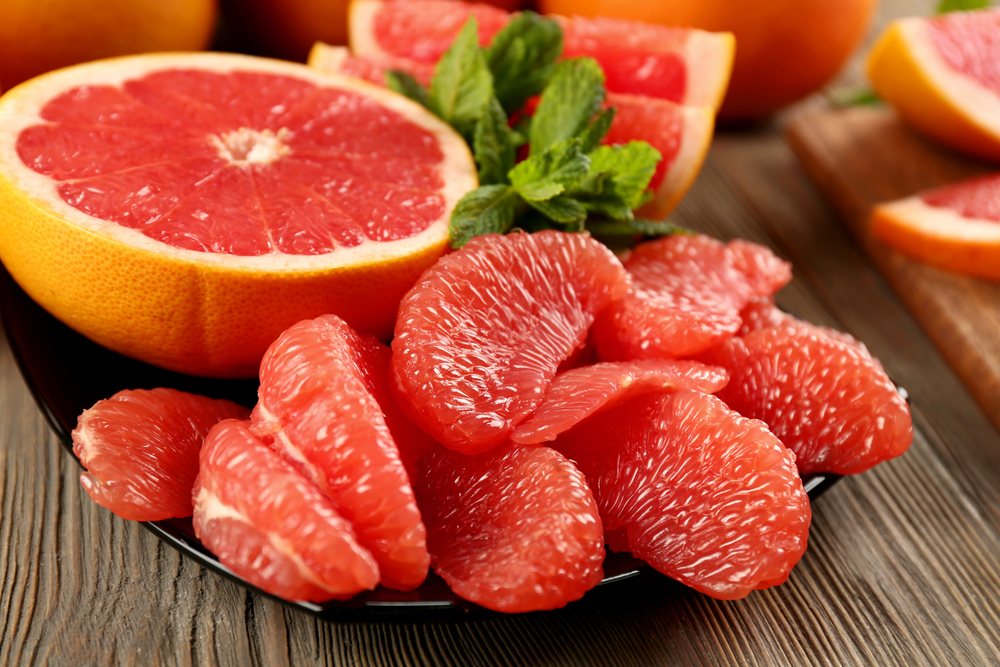 Found in grapefruit, spermidine is one of the more interesting polyamines. Some research suggests that spermidine may slow down aging and promote healthy longevity.

Spermidine and putrescine are known to stimulate autophagy. A system that breaks down waste inside cells and recycles cellular components. It is an important quality control mechanism for the mitochondria, the powerhouses of our cells. Autophagy allows damaged or defective mitochondria to be broken down and disposed of. The disposal of mitochondria is more tightly controlled than was before believed [1].

Polyamines can bind to many different types of molecules making them very useful. They support processes, including cell growth, DNA stability, cell proliferation, and apoptosis [2]. It also appears that polyamines function in a similar way to growth factors during cell division. This is why putrescine and spermidine are important for healthy tissue growth and function.

What foods are high in spermidine? It can also be found in shitake mushrooms, amaranth grain, wheat germ, cauliflower, broccoli, and a variety of mature cheeses, and durian.

It is worth noting that much of the Mediterranean diet contains spermidine rich foods. This may at least explain the phenomena of the “blue zones” and why people there often live longer than elsewhere.

If you struggle to get enough in your diet you can also get it as a spermidine supplement. The synthetic spermidine used in supplements is identical to the naturally occurring molecule.

Before we dive into some of the interesting research behind spermidine and why some researchers think it might be useful in slowing down aging, we should first take a look at how it is created.

There are two pathways in which putrescine is created, though both start with the amino acid arginine.

The second pathway simply converts arginine into ornithine followed by its conversion into putrescine by the enzyme ornithine decarboxylase.

What is spermidine used for?

Some research suggests that it may prevent liver fibrosis and hepatocellular carcinoma, common causes of liver cancer. Some people take it as a supplement believing it may have an impact on aging and promote longevity.

It is most well known for its ability to boost autophagy, a cellular recycling routine that can help cells remove waste and unwanted components, which is also the most likely reason it may influence aging.

There are some potential health benefits from supplementing or eating enough spermidine in the diet. Even better, it may also influence aging and support healthy longevity.

As mentioned before, putrescine allows the creation of spermidine as part of a process in which putrescine breaks down decarboxylated S-adenosylmethionine.

It plays an important role in the regulation of various biological processes, including levels of intracellular pH and the maintenance of cell membrane potential. Spermidine also plays a central role in a number of important biological processes, including aspartate receptors, cGMP/PKG pathway activation, nitric oxide synthase, and cerebral cortex synaptosome activity.

Spermidine is of interest to scientists in the context of aging because it is a key morphogenetic determinant for the lifespan of cells and living tissues [3]. The ability of spermidine to trigger autophagy is thought to be the main mechanism by which it appears to slow down aging and support longevity [4].

It has been demonstrated to induce autophagy in mouse liver cells, worms, yeast and flies [5].

A defective autophagy mechanism and a lack of spermidine are highly correlated with reduced life spans, chronic stress, and acute inflammation.

Although the primary way in which spermidine appears to support longevity is via autophagy, there is also evidence that it supports health and longevity in other ways. Some studies suggest that it has anti-inflammatory properties [6-7] and is involved in lipid metabolism, cell growth and proliferation [8-9], and programmed cell death, which is known as apoptosis [10].

It is widely accepted that while inflammation plays a helpful role in wound healing and repelling invading pathogens, the persistent inflammation associated with aging, often called inflammaging, is harmful. Chronic inflammation prevents healthy tissue regeneration, causes immune cells to become dysfunctional, and can even accelerate the speed at which healthy cells become senescent. Spermidine appears to reduce this chronic inflammation and may slow down one way in which cells and tissues age.

Spermidine and may delay aging

On the longevity front, the administration of spermidine has been shown to increase lifespan in a number of animal studies and prevents liver fibrosis and hepatocellular carcinoma [11-12]. This also appears to be the case with a diet rich in polyamines [13]. There is also some evidence to suggest that it improves resistance to stress and that the age-related decline of spermidine supports the onset of age-related diseases [14-15].

Lipid metabolism is a known regulator of lifespan, and dysfunctional lipid metabolism can have serious ramifications for both healthspan and lifespan. The role that spermidine plays in the process of adipogenesis, the creation of adipocytes (fat cells) from stem cells, and its ability to modify lipid profiles could suggest another way in which spermidine influences lifespan. Spermidine facilitates the differentiation of preadipocyte cells into mature adipocyte cells as part of the adipogenesis process [16].

A study showed that administration of a-difluoromethylornithine (DFMO), an inhibitor of polyamine synthesis, could halt adipogenesis entirely [17]. This total disruption of lipid metabolism could be reversed by the administration of spermidine despite DFMO still being present. The researchers observed that spermidine also restored the expression of transcription factors needed for preadipocyte differentiation as well as those associated with late adipocyte markers.

If these compounds are taken together, the combination of effective autophagy, reduction of inflammation, lower oxidative stress levels in the cell, improved cell growth, and improved lipid metabolism may potentially support healthy longevity.

Research published in 2021 in the journal Cell Reports provides a detailed account of dietary spermidine improving cognition and mitochondrial function in flies and mice, with some prospective human data to top it off [18]. While this study was interesting, it had some limitations, and additional dose-response data is needed before a firm conclusion can be made about benefits to human cognition.

Spermidine for cancer and cardiovascular health

There is also some evidence that it might reduce the risk of cardiovascular disease. In a 2016 study, spermidine was found to turn back the aging clock and improve cardiovascular function in aged mice [19]. At the organ level, heart structure and function were improved in the aged mice given spermidine. The same mice also saw improvements to their metabolism due to restoration of mitochondrial structure and function following spermidine supplementation.

In humans there were two population based studies (summarized in the same paper) whose data suggests that spermidine intake is linked to a reduction of all cause, cardiovascular and cancer-related mortality in humans [20].

Based on this data and other studies, some researchers conclude that spermidine delays aging in humans [21]. We should be cautious at this stage as it is still early days for spermidine but the data so far is certainly worthy of further study to see if this anti-aging effect can be confirmed.

Human observational studies also found a link between the intake of dietary spermidine with a reduced risk of colon cancer [22].

There are no known adverse side effects from spermidine supplementation. There have been a number of studies conducted with it, and the results suggest that it is well tolerated. Of course, as with any supplement, if you do experience side effects, cease taking it immediately and consult your doctor.