This airdrop is an enormous boon for SENS. 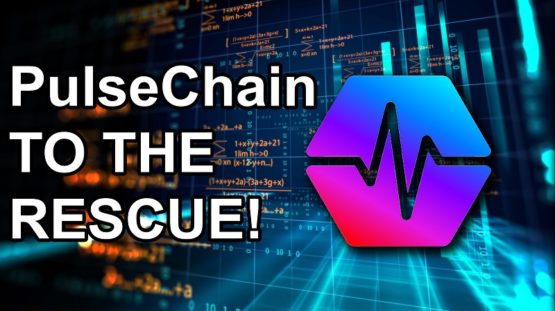 This week on Lifespan News, Brent Nally discusses Pulse Chain, a blockchain-based cryptocurrency that is being used to donate to SENS Research Foundation.

The most frustrating thing about bio rejuvenation research in 2021 for me is that thought leaders like biogerontologist Dr. Aubrey de Grey have been saying for years that we can make incredible progress in bio rejuvenation technologies quickly if his 501(c)(3) nonprofit SENS Research Foundation, or SRF, receives more funding. Yet, year after year, SRF hasn’t received the type of funding that Aubrey has wanted.

Well, we have incredible news to share in this episode of Lifespan News. Our story starts with Richard Heart, an early Bitcoin adopter who was mining Bitcoin on his personal computer about a decade ago. Lucky for us, Richard was also volunteering for a medical research charity called The Methuselah Foundation even earlier in 2008. Aubrey also co-founded The Methuselah Foundation, and Richard has wanted to do more to help support Aubrey’s work for many years.

Richard has gone on to become the founder of HEX, the first high-interest blockchain certificate of deposit which lets users stake their HEX tokens in return for interest. Now, Richard is launching a new cryptocurrency called Pulse. As part of that launch, Richard has also arranged an airdrop to donate some of the new Pulse cryptocurrency to SRF, which is one of the most important players in the context of organizations conducting bio-rejuvenation research.

Aubrey is the co-founder and Chief Science Officer of SRF. The goal of SRF is to combat human age-related diseases through the development of therapies that can reverse the damage that aging does, thus keeping us biologically younger and healthier. At the time of this recording, the Pulse Chain airdrop has raised over an astounding $23 million for medical research at SRF. To put this into perspective, this is about four times the annual revenue that SRF has normally received the last few years and is around half of the Buck Institute’s revenue for an entire year.

And if that was not incredible enough, this money was raised in just a few days! This money will be transformative for SRF and could allow SRF to increase the scope and pace of research at the foundation and potentially help to bring therapies to the clinical trial stage sooner.

The airdrop works by people making a “sacrifice” to SRF during this sacrifice phase. A “sacrifice” is simply a donation. People who donate to SRF during this time will be placed into the airdrop and will get the chance to win some of the new Pulse cryptocurrency once it launches. SRF has asked people to read its instructions for donating through the airdrop before doing anything; check the description for those instructions.

The Pulse Chain airdrop is another example of how cryptocurrency and healthy life extension technology have been intersecting over the last few years. To learn more about SRF, Pulse Chain, HEX and Richard Heart, check the description for links to their Twitter, Telegram & YouTube channels. We’ll also have a link to this story from Lifespan.io’s Editor in Chief, Steve Hill.

Other recent examples of the intersection of crypto and longevity are Ethereum’s co-founder, Vitalki Buterin, donating millions of dollars to the Methuselah Foundation a few weeks ago, which you can learn more about by clicking the card above or in the description. Vitalik has also donated to SRF and other aging research initiatives.

We’ve also recently seen the launch of VitaDAO, which is a decentralized collective funding early stage longevity research. I interviewed VitaDAO’s co-initiator, Tyler Golato, a few weeks ago on my personal YouTube channel which you can watch by clicking the card above or in the video description. Cryptocurrency-based funding offers a great alternative to traditional sources of funding such as grants, which come with a host of issues, including risk aversion to fund moonshot research goals like healthy life extension.

It isn’t hard to see how progress could be greatly sped up thanks to cryptocurrency, which is free from these restraints and so allows science to explore the directions it truly wishes to instead of having to appease grant givers or pander to conservative views within the establishment. Pulse Chain is one such initiative that has the potential to help drive our field forward and make healthy life extension one step closer to becoming reality.

It’s incredible to see Richard using the influence he’s earned in crypto to spearhead funding for medical research that may one day save the lives of so many people, maybe even all of us eventually. Thanks so much Richard!