This study was conducted on middle-aged people. 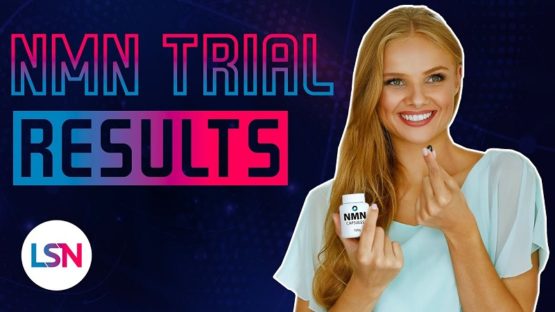 On this episode of Lifespan News, Ryan O’Shea discusses a study showing that NMN increases NAD+ in human beings.

The results of a recently published human trial suggest that NMN may have an anti-aging effect in humans, but are these results to be believed? We’ll explore the study, and some additional information you’ll want to consider, in this episode of Lifespan News!

NMN, short for nicotinamide mononucleotide, is a naturally occurring molecule and a precursor of nicotinamide adenine dinucleotide, or NAD. NAD serves many critical functions in our cells, and a growing amount of evidence suggests that as we age, our levels of NAD decline, increasing our risk of age-related diseases.

NMN is marketed as a supplement and an NAD booster. There have been multiple animal studies suggesting that NMN slows down aging, and the goal of this study was to determine if NMN supplementation has similar benefits in humans.

The study involved 66 healthy subjects aged between 40 and 65 years old. Participants were given capsules containing either 150mg of NMN or starch powder once a day following breakfast for a period of 60 days.

By the end of the study, NAD levels for the NMN group were increased 38% compared to baseline. The results of the 36-Item Short Form Survey, which is frequently used to measure quality of life, showed that the NMN group rose 6.5%, while the placebo group rose 3.4%., but these results were not statistically significant.

The study participants were also analyzed using the Homeostatic Model Assessment of Insulin Resistance, which shows how much insulin the pancreas needs to regulate blood sugar levels. The numbers rose significantly, 30.6%, in the placebo group, while there was little change, 0.6%, in the group taking NMN. The researchers suggest that this demonstrates an anti-aging effect of NMN.

Additionally, by the end of the study walking endurance increased by 6.5% in the NMN cohort, while the placebo group saw an increase of 3.9% – a number which had remained unchanged since day 30. It is unknown if a longer study would have revealed even better results, or if the benefits of NMN supplementation had been achieved by this point.

Overall, the study does suggest that there is a clear and significant increase of NAD levels following the administration of NMN.

Now for the caveats. This study, which was published in the peer reviewed journal Frontiers in Aging, was conducted in China by an employee of Effepharm, the company that makes and markets the brand of NMN, known as Uthever, that was used in this study.

So, to clarify, a Chinese company that sells NMN conducted this study using their product. Clearly, it would be in their financial interest for the results of that study to make their product look good. While this does not necessarily mean that the data and their interpretation should be discounted, these facts should be considered when evaluating the results. The other caveat is that the size of the trial was only 66 people, which is quite small.

However, given the mechanisms by which NAD has been shown to work in mice and other animals, there is good reason to believe that it may work in a similar way in humans, and this study does seem to indicate that there are benefits.

When there’s more to share, we’ll have it for you here. I’m Ryan O’Shea and we’ll see you next time on Lifespan News!