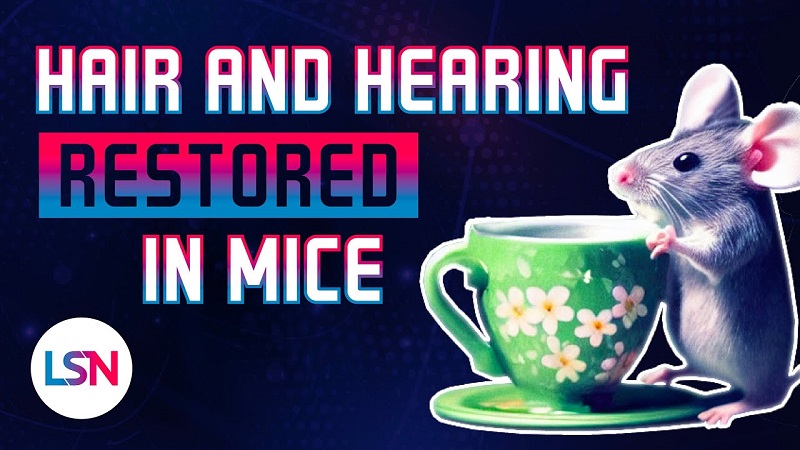 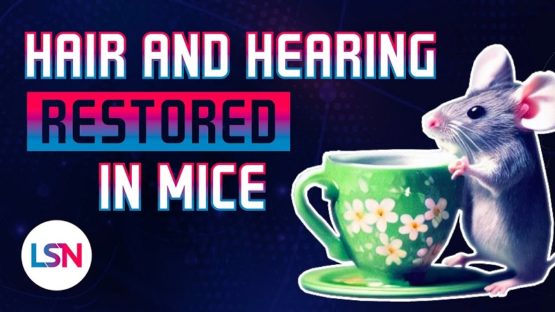 On this episode of Lifespan News, Ryan O’Shea reports different effects brought about by rapamycin and EGCG along with the NAD+ booster NR.

Big news for mice, and hopefully humans, as the results of two new studies show that promising longevity interventions can regrow hair and combat hearing loss in mouse models.

First up, scientists publishing in the journal Pharmaceutics have successfully regrown hair in mice using dissolvable microneedles loaded with rapamycin and epigallocatechin gallate, or EGCG, an active ingredient in green tea.

Studies have found that rapamycin, one of the most promising geroprotective drugs, not only stimulates hair regrowth but can also partially reverse hair graying. EGCG is a polyphenol found in green tea and a potent antioxidant that has shown effectiveness against various conditions, including androgenic alopecia.

Combating hair loss is not just about looks. Understanding the mechanisms of senescent alopecia and ways to reverse it can provide insights into other aspects of aging.

In this new study, the researchers used an emerging microneedle technology to deliver drugs directly to the inner layers of the skin. Cone-like microneedles were loaded with nanoparticles containing rapamycin, EGCG, or a combination.

The microneedles were applied to shaved parts of the mice’s bodies and slowly dissolved, releasing the drugs.

The researchers found the microneedle-based treatment substantially more effective than topical application, even though much higher doses were used topically. Rapamycin groups demonstrated more rapid hair growth, while EGCG groups had higher follicle density. Consequently, the best results were achieved with a combination of rapamycin and EGCG.

The results were dose-dependent, with moderate doses of rapamycin being the most effective. By day 15 of the experiment, the mice on a rapamycin and EGCG combination had their thick black fur restored almost completely, while untreated controls hardly showed any hair growth at all. The researchers also confirmed that the treatment resulted in increased autophagy in follicular regions, and promoting autophagy is currently thought to be rapamycin’s central mechanism of action.

This study reiterates the potential health benefits of two molecules popular in the longevity field: rapamycin and EGCG. Additionally, this microneedle-based drug delivery method could potentially be used for treating various other skin conditions.In a separate study, scientists have released a preprint showing that long-term supplementation of nicotinamide riboside, or NR, an NAD precursor, alleviates the progression of age-related hearing loss in mice.  Globally, age-related hearing loss is the most common sensory deficit of older people. It is associated with several problems, including cognitive decline, social isolation, and accident risk. However, the disease is often overlooked. To determine the effects of long-term NR administration on hearing loss in mice, the researchers administered NR through the drinking water of a treatment group, with a control group receiving unaltered water. Both groups were then tested for hearing capability at the ages of 2, 8 and 12 months.

It turned out that the supplementation prevented the progression of age-related hearing loss specifically at high sound frequencies. Besides the preventative benefits, additional results suggest that NR, even when administered in later life, could benefit already affected mice at certain frequencies. The hypothesis is that NR administration indirectly affects mitochondrial homeostasis and function, thereby protecting cochlear cells from cytotoxic damage.Now, these are mouse studies. More work is needed, and there’s no guarantee these results will translate to humans. But what we’re seeing here appears to be additional support for things – rapamycin, EGCG, and NR, that are already quite promising, and are already used in humans.But, we’ll keep you updated as we learn more, so make sure to subscribe so you don’t miss out. I’m Ryan O’Shea, and we’ll see you next time on Lifespan News!