This technique has led researchers to known compounds that no one knew were senolytics. 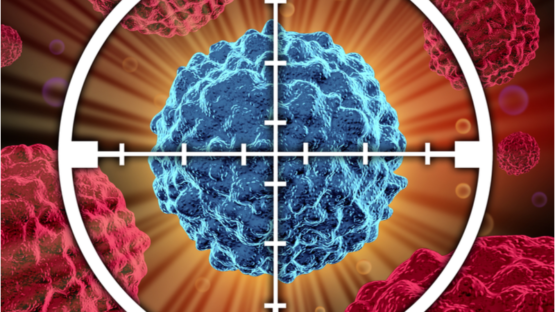 An open access study published in iScience has discussed the development of senolytics to target particular genes that are upregulated in cellular senescence.

In our earlier interview with Simon Melov of the Buck Institute, the lead researcher of this paper, Dr. Melov, explained his lab’s focus on single-cell sequencing. As this paper points out, senescent cells represent only a small fraction of tissue, so bulk analysis is difficult and inefficient.

Instead, the researchers used single-cell RNA sequencing to analyze two cellular types that regenerate muscle tissue: fibro-adipogenic progenitors (FAPs) and muscle stem cells. They performed this sequencing technique on thousands of these cells, comparing gene expression between mice that had received the senolytic drug ABT-263 and mice that had not. Both sets of mice had received doxocirubin, a drug that induces cellular senescence.

The researchers then did further analysis to determine which cells were senescent and what genes they were expressing. The proteins p21, encoded by Cdkn1A, and p16, encoded by Cdkn2A, are widely known to be associated with cellular senescence. Genes that were upregulated with doxocirubin but downregulated with ABT-263 were also closely examined.

Most importantly, the researchers focused on genes that are known to cause apoptosis when silenced or inhibited, comparing that list to genes whose downregulation was spurred by ABT-263. Genes with both qualities, the researchers reasoned, would be critical targets in the development of a new senolytic.

Narrowing down the targets

The researchers found a total of ten targets, four in FAPs and six in stem cells. They found that two of these genes, Cryab and Hmox1, were significantly upregulated in both kinds of cells after administration of doxocirubin. The researchers focused their efforts on these two specific genes.

Interestingly, small molecules that target these genes were already known; they were just never tested as senolytics. While one of these small molecules, NCI-41356, killed both senescent and non-senescent cells, HC25 was found to be a powerful, preferential senolytic against CRYAB expression, and OB24 and QC-308 were found to have slight but significant preference for killing senescent cells.

To determine if this approach had yielded something actually effective, the researchers tested HC25 against the current top dog that they used as their reference senolytic: ABT-263. They found that HC25 was equal to or better than ABT-263 against FAPs, muscle stem cells, and other muscle cells, human skeletal muscle myoblasts. They then went on to test HC25 and their other candidates against multiple other cells, finding that while OB24 and QC-308 were ineffective or had off-target effects, HC25 substantially and significantly caused senescent cells to die while leaving normal cells alone, whether that senescence was caused by doxocirubin or irradiation.

Finally, the researchers tested HC25 in mice. In young mice administered a regimen of doxocirubin, HC25 was able to restore key biomarkers of senescent cells, p21 and Cryab, either slightly above or even somewhat below their original states. In naturally aged mice, these biomarkers were restored to nearly their levels in young mice.

In many ways, this research was a demonstration of a technique more than the development of a senolytic. While it may be possible that HC25 will be an effective therapeutic, which requires substantially more testing to determine, this single-cell technique may find many more, possibly better, targets for the treatment of cellular senescence.

It may also be possible, and even likely, that a cocktail of drugs developed with this gene expression targeting technique will show substantially more effectiveness than individual drugs. If multiple genes that are upregulated only in cellular senescence can be targeted at once, the resulting combination therapy may ultimately lead to a treatment that removes the harmful cells from our bodies – and only those.