Senolytics Could Cause a Sea Change in How We Treat Aging 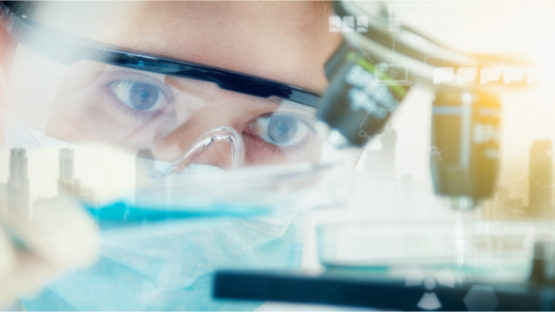 Today, we want to highlight a new review that takes a look at senescent cell removal therapies and their potential to treat and reverse age-related diseases by reversing one of the aging processes.

The current approach to treating age-related diseases is predominately to treat the symptoms rather than the cause, essentially following an infectious disease model of treatment, which works perfectly well in that context but is an exercise in futility and diminishing returns when it comes to the chronic diseases of aging. In order to cure age-related diseases, we should instead focus on the foundation of these diseases: aging.

The idea that directly targeting the aging processes to prevent age-related diseases is now slowly gaining more traction as time passes, but gaining that acceptance has been and remains a hard slog. However, with a number of repair-based therapies either already in human trials right now or getting closer to that point, things may be poised to change.

Make no mistake: the only thing that will realistically change the current medical paradigm and convince the masses is large-scale positive results in people. We have seen dozens and dozens of examples in which aging can be reversed and healthy lifespans extended in various animal models such as worms, rats, and mice, but despite these promising results, the idea is yet to gain mass support.

While this is, of course, the foundational research that must happen on the road to translating these therapies to humans, the bottom line is that in order to convince the majority that directly treating aging is the right path to take, we must have that first irrefutable evidence in people.

Of all of the proposed therapeutic pathways to address age-related diseases using a repair-based approach that targets an aging process directly, senescent cell removal is arguably the most advanced in terms of near-future human application.

As we age, increasing numbers of our cells enter into a state known as senescence. Senescent cells do not divide or support the tissues of which they are part; instead, they emit a range of potentially harmful chemical signals that encourage nearby healthy cells to enter the same senescent state. Their presence causes many problems: they reduce tissue repair, increase chronic inflammation, and can even eventually raise the risk of cancer and other age-related diseases.

Senescent cells only make up a small number of total cells in the body, but they secrete proinflammatory cytokines, chemokines, and extracellular matrix proteases, which, together, form the senescence-associated secretory phenotype, or SASP. The SASP is thought to significantly contribute to aging and cancer; thus, targeting senescent cells and removing them has been suggested as a potential solution to this problem.

Therapies that can remove problematic senescent cells are known as senolytics and have been a hot topic in the research world for a few years now. It is likely that senolytics will be the first therapy in the repair model to deliver those long-sought after results and hopefully turn the trickle of support for the field into a tide.

Reviewing senolytics and their clinical potential

The paper we want to highlight today is another review of current knowledge of cellular senescence and its complexities as well as an exploration of the clinical potential of senolytic therapies to remove senescent cells [1].

Cellular senescence is the dynamic process of durable cell-cycle arrest. Senescent cells remain metabolically active and often acquire a distinctive bioactive secretory phenotype. Much of our molecular understanding in senescent cell biology comes from studies using mammalian cell lines exposed to stress or extended culture periods. While less well understood mechanistically, senescence in vivo is becoming appreciated for its numerous biological implications, both in the context of beneficial processes, such as development, tumor suppression, and wound healing, and in detrimental conditions, where senescent cell accumulation has been shown to contribute to aging and age-related diseases. Importantly, clearance of senescent cells, through either genetic or pharmacological means, has been shown to not only extend the healthspan of prematurely and naturally aged mice but also attenuate pathology in mouse models of chronic disease. These observations have prompted an investigation of how and why senescent cells accumulate with aging and have renewed exploration into the characteristics of cellular senescence in vivo. Here, we highlight our molecular understanding of the dynamics that lead to a cellular arrest and how various effectors may explain the consequences of senescence in tissues. Lastly, we discuss how exploitation of strategies to eliminate senescent cells or their effects may have clinical utility.

These researchers appear to concur with our view that the current medical philosophy of treating symptoms rather than causes is fundamentally flawed in the context of treating the chronic diseases of old age. It is refreshing to see such views being openly expressed and is a sign that things are indeed beginning to steadily change as the weight of evidence in support of directly treating aging accumulates.

With a number of human trials currently underway for senolytics, we are confident that, sooner or later, we will see the positive results needed to really start to change hearts and minds. At the point when there is solid human data, we expect that the greater medical and funding communities will finally get on board, and, ultimately, so should the general public.

Lifespan News – Vitamin B, Omega-3, and Cognitive Health
0 Comments
This episode on Lifespan News is on a new study detailing how Vitamin B and omega-3 fatty acids work together to improve brain health. Script Researchers publishing in […]
Posted in: Lifespan News, News
Tags: Lifespan News