These cells affected memory and learning in female animals. 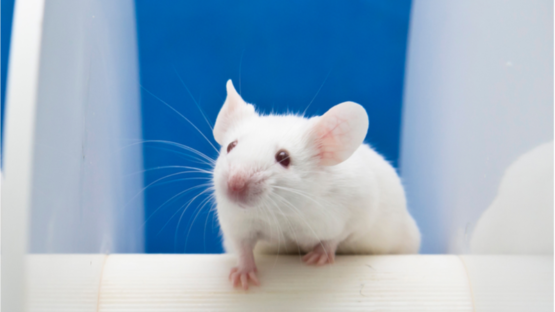 Researchers publishing in Nature Communications have detailed how the removal of p16-producing senescent cells leads to improvements in the brains of female mice [1].

p16-InkAttac is a mouse model that makes p16-expressing senescent cells easy to destroy. Previous research has found that, in these mice, senescent cell accumulation and its related SASP are associated with brain inflammation [3] and that removing these cells ameliorates cognitive decline in tau pathology [4].

This research builds on that previous work, using multiple imaging and transcriptomic techniques to determine the relationship between senescent cell accumulation, the SASP, and brain inflammation.

Male and female mice age differently in the brain

The researchers examined three separate brain regions: the subventricular zone, the cerebellum, and the hippocampus. In male mice, 141 genes related to neuroinflammation and senescence had changed in regulation, but in female mice, a total of 274 genes were changed. Most of these genetic differences between males and females were in the hippocampus.

Across all brain regions and both sexes, only 15 genes were found to be consistently changed with age, many of which were related to inflammation. Interestingly, Cdkn2a/p16Ink4a, a master regulator of cellular senescence, was only found to be significantly upregulated in the hippocampi of older female mice. Therefore, the researchers only continued their research in this direction, focusing on this more prominently affected group.

Resident microglia and infiltrating monocytes had upregulated Cdkn2a in female mice. These cells exhibited multiple negative effects of senescence, including a resistance to natural apoptosis, an increase in SASP genes, genes related to DAM and WAM, and genes related to Alzheimer’s disease. This was most prominent in the dentate gyrus, a region of the hippocampus in which new neurons are created and that is highly susceptible to inflammation.

The prevalence of the SASP was also found to be a chemoattractant for other immune cells. Specifically, CCL4 and GDF15 were significantly overproduced, and the researchers found in culture that immune cells preferentially migrate towards cells that overproduce these compounds. This is an aspect of inflammation, and as expected, these cells were also found to be extremely prevalent in the brains of older animals.

Interestingly, though, the cell populations of various immune cells were not the same between sexes. A specific type of microglia that was upregulated in females was found to be downregulated once senescent cells were destroyed, as did the population of infiltrating immune cells. However, these results did not apply broadly to all immune cell types. Cognitive improvement was also seen in female but not male mice.

Both the positive and negative results shown in this study are eye-opening. While there is a clear benefit to their removal, it is clear that senescent cells are only a small part of a larger problem, as removing them does not even have significant effects among both sexes of mice. This raises the question of whether or not the same might be true of people as well; a substantial amount of future research will need to be done to determine if targeting senescent cells in the human hippocampus will be worthwhile and who it will be worthwhile for.