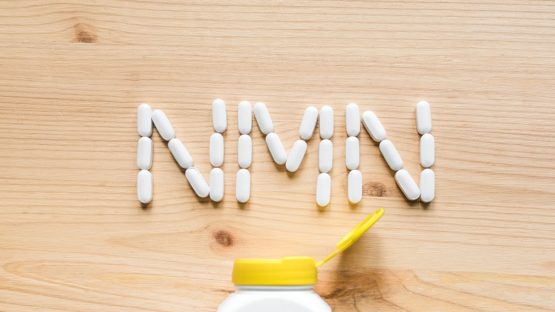 The data from a multicenter NMN clinical trial have been published with some very modest but still interesting results [1].

NMN is short for nicotinamide mononucleotide, a naturally occurring molecule present in all species. It is a precursor of nicotinamide adenine dinucleotide (NAD+), a molecule that may be useful in slowing down some aspects of aging. NAD+ serves many critical functions in our cells, such as electron transport, cell signaling, facilitating cellular energy production, and DNA repair.

A growing amount of evidence suggests that as we age, our levels of NAD+ decline, increasing our risk of age-related diseases. This is why some researchers have proposed that restoring NAD+ levels in older people could help to slow down aging and keep them healthy.

NMN is marketed as a supplement and as a NAD+ booster, even though the data supporting its efficacy in humans was, until now, limited. There have been multiple animal studies suggesting that NMN slows down aging, but the evidence for human use has previously been lacking.

The goal of this study was to determine if NMN has any influence on aging in humans. NAD+ was chosen as its primary endpoint, and its increase was used as an indication of an anti-aging effect.

A higher amount of NAD+ present in cells has been correlated with higher energy levels. This makes sense given that NAD+ helps to produce ATP, which is a universal form of cellular energy.

Higher levels of NAD+ may also convey improved DNA repair, as its presence facilitates that [2]. This could also have an influence over genomic instability, which is thought to be a primary reason we age.

The study also chose the 6m walking test as a secondary endpoint. The researchers believed that NMN would improve energy levels and thus the walking capacity of participants.

The study involved 66 healthy subjects aged between 40 and 65 years. Participants were given two capsules (containing 150 mg of NMN or starch powder) once a day following breakfast for a period of 60 days.

This suggests that the NMN is entering the cells to increase energy levels and could be interpreted as an anti-aging effect, albeit it relatively small in this case. That said, the NAD+ levels also increased in placebo participants not taking NMN which needs further investigation.

At the end of the study, the mean HOMA IR Index showed a rise of 0.6% among the NMN group and 30.6% among the Placebo group from baseline.

Homeostatic Model Assessment of Insulin Resistance (HOMA IR) shows how much insulin your pancreas needs to regulate blood sugar levels. Developed in the 1980s, it is an indirect measure that is calculated from fasting glucose and fasting insulin levels. While it does have its limitations, it is widely used in clinical research.

The HOMA score rose in the placebo group given starch powder, while there was little change in the group taking NMN. The researchers suggest that this demonstrates an age-slowing effect and that without NMN, HOMA became worse.

While this is a small increase, it would be interesting to see if the difference between the placebo and test groups increases with longer-term use.

The analysis of the data obtained in this study did not find any statistically significant changes in efficacy outcomes between the active and placebo groups. However, the increase in NAD+/NADH levels in serum, the improvement in overall health and walking endurance, are clinically significant.

Given the mechanisms by which NAD+ has been shown to work in mice and other animals, there is some reason to believe they may work in a similar way in humans, but so far, conclusive results in people have not been obtained.

This trial was conducted by an employee of Effepharm (Shanghai) Co., Ltd and that the company supplied the NMN. While this does not necessarily mean that the data and their interpretation should be discounted, it should be considered when evaluating the results.

The other caveat is that the size of the trial was only 66 people, which is quite small. The larger the trial, the less prone results are to statistical noise and the more reliable they tend to be.

This study does suggest that NMN may have potential in humans though a longer study, increased dosage, and why the placebo group saw increased NAD+ levels should ideally be explored.