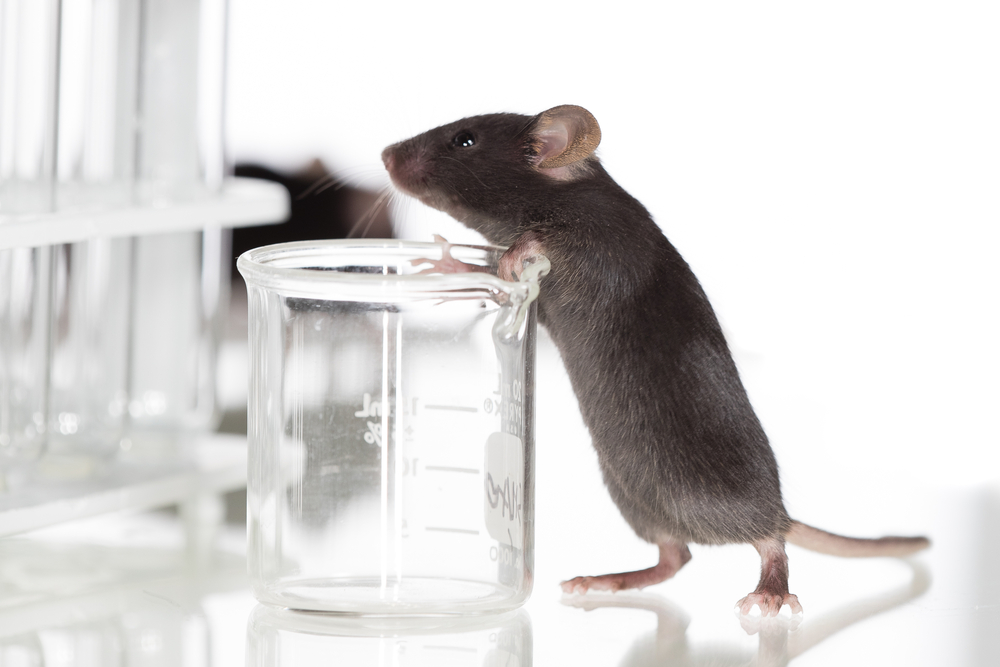 Scientists at the Johns Hopkins University reversed hair whitening and loss associated with a high-fat, high-cholesterol diet by using an experimental compound in a mouse model [1].

The experimental compound used by the researchers, called D-threo-1-phenyl-2-decanoylamino-3-morpholino-1-propanol (D–PDMP) acts by blocking the production of glucosphingolipids (GSL), which are lipids that are abundant in the uppermost layer of the skin and in keratinocytes, which are pigment cells that are responsible for the coloration of hair, eyes, and skin.

Based on previous studies, the researchers had reason to think that interfering with GSL production may have a positive effect on dermal biology, and they devised an experiment to establish its magnitude.

The researchers genetically modified mice to develop atherosclerosis, which occurs when fatty deposits clog the arteries. These mice were then divided into two groups; for eight weeks, starting from the age of twelve weeks, one group was fed normal chow, whereas the second was fed a Western-style diet high in both fats and cholesterol.

Mice in the second group fared considerably worse than controls, developing skin lesions, hair greying, and hair loss that became even more pronounced when their unhealthy diet was protracted to week 36.

However, once they were twenty weeks of age, the mice were all fed D–PDMP in addition to their assigned diet. Some received 1 mg per kg of body weight in capsules, and others were fed 10 mg per kg of body weight in liquid form. While both drug forms had beneficial effects in mice fed the Western diet, the capsule form proved much more effective; the observed effects of the drugs were reversal of hair loss and discoloration as well as decreased skin inflammation and wounding. As the researchers found out upon microscopic examination of the mice’s cells, the high levels of inflammation observed in mice eating the Western diet were caused by infiltration of neutrophils, a type of white blood cell, into the skin; as D–PDMP reduced the overall levels of neutrophils, inflammation decreased as well.

Mice eating the Western diet also had lower levels of total ceramides, a type of fat that preserves skin moisture, and higher levels of lactosylceramides, which promote inflammation. D–PDMP seemed to return the levels of ceramides to normal.

The researchers suspect that a Western diet may cause hair discoloration and loss not only in mice but also in people. While D–PMDP hasn’t been tested, and might even be unsafe, in people, the scientists hope that their research might one day help reverse baldness, hair discoloration, and other skin conditions in humans.

The Animal Life Expectancy Comparisons Research Tool (ALEC)
0 Comments
Dr. Leon Peshkin talks us through a new open access research tool he has helped to develop and which is free for researchers to use now. If a drug increases lifespan in mice by 15%, should I take it? […]
Posted in: News, Op-Ed
Tags: ALEC, Leon Peshkin

Altos Labs’ $3 Billion Launch to Reverse Cellular Aging
0 Comments
In September 2021, we reported that Altos Labs was about to launch an ambitious project to develop partial cellular reprogramming to the point where it could be safely used […]
Posted in: News, Press Releases
Tags: Altos Labs, Epigenetic Alterations, Partial Cellular Reprogramming