This meta-analysis could not prove causation, but the correlation is very strong. 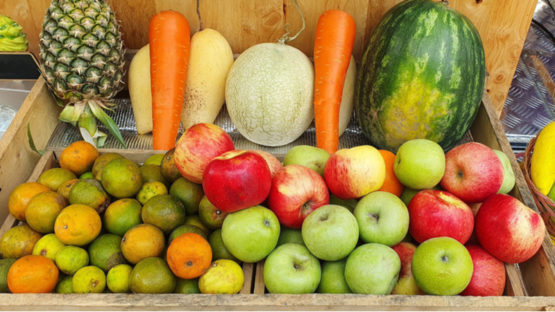 A meta-analysis published in Frontiers in Nutrition has found that intake of fruits and vegetables is negatively correlated with cognitive decline in older adults.

A study of studies

Sixteen different studies were used for this meta-analysis, and not all of them measured fruit and vegetable comsuption the same way or measured the same endpoints. Some of these studies were based on Alzheimer’s disease and dementia, and others were more focused on cognitive impairment. Some studies reported fruit intake, others reported vegetable intake, and a few reported both. Everyone studied was at least 60 years old, and most of the studies had higher minimum ages than that. This meta-analysis contained studies from all over the world.

While there was evidence that fruit and vegetable consumption could be linked to a reduced risk of Alzheimer’s disease, the data in this respect did not meet the level of statistical significance. Whether or not the well-known Food Frequency Questionnaire or other analyses were used did not seem to matter much.

Most importantly, a dose-response relationship was reported. According to this meta-analysis, there is a direct, linear correlation between consuming more fruits and vegetables and having a reduced likelihood of suffering from cognitive decline.

Stronger in some subgroups

The correlation was stronger in women than men, and studies that focused on Chinese populations found stronger associations than studies involving Westerners. The researchers elaborated on this second point, hypothesizing that the normal Western diet contains sugars and fats that have been linked to increased cognitive decline [1] and that Chinese people who consume more fruits and vegetables may be following something closer to the Mediterranean diet, which has been linked to decreased cognitive decline [2].

There are some potential issues with this meta-analysis. While the data themselves show a strong correlation, they were based on self-reporting, which may have led to recall bias, particularly given the nature of cognitive decline studies. The cited studies attempted to control for confounding factors, most of which are based on the fact that people who eat healthy diets are also likely to have healthy lifestyles in other ways, but these factors are inherent to the studies. Most importantly, these sorts of cohort studies, as always, show correlation but cannot prove causation.

Even with these caveats, this meta-analysis shows that the available evidence offers a strong link between healthy dietary practices and the retention of cognitive abilities in older individuals. People seeking to preserve their cognitive abilities, especially people who want to hold out until stronger rejuvenation biotechnology techniques are developed, are strongly encouraged to remember the importance of diet in maintaining brain health.