This month, we at Lifespan.io have a campaign, a conference, and plenty of news to announce. Another month passes, and more progress is made! As we kick off the beginning of summer, we have plenty of news to report regarding our upcoming conference and current campaign along with business news and the latest in rejuvenation research.

Summer is approaching, and we are happy to announce the fourth Ending Age-Related Diseases conference! On August 19-22, we will be meeting virtually to hear the latest developments from the leading experts in rejuvenation biotechnology research. During this four-day conference, you can exchange ideas with the best research teams working on the problem of aging, find new business partners, and spend time with like-minded people! Register today to take advantage of the Early Bird offer.

We thank our Platinum Sponsor NOVOS for fostering this scientific discussion on aging and rejuvenation! 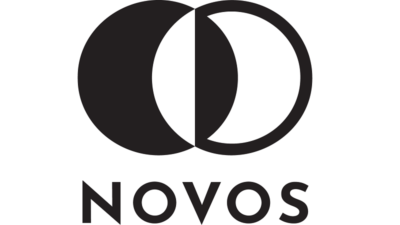 We have accomplished all the principal crowdfunding goals of the Participatory Evaluation (of) Aging (with) Rapamycin (for) Longevity Study, or PEARL, on Lifespan.io. The PEARL trial will be the first large-scale human trial with a focus on slowing down aging. Help us reach our stretch goals to make this campaign an even bigger success!

The PEARL team has also created an Ask Me Anything (AMA) thread on Reddit, where they answer users’ questions about this upcoming project.

Aging Begins After a Rejuvenation Event in Early Life: This month, we have one of the authors, Dr. Vadim Gladyshev, joining us, and he will be talking us through new research showing that aging does not begin as early as we thought in humans; instead, it follows a “rejuvenation event” during embryogenesis.

LifeXtenShow – Is This Where We’re Headed?: Nicola further elaborates on overpopulation, describing multiple UN population projections over the next eighty years and describing what might happen in a world with rejuvenation.

LifeXtenShow – Women’s Emancipation and Overpopulation: Nicola describes how the best way to go about averting the overpopulation issue may be to make sure that women’s emancipation and child welfare get the attention they deserve.

Lifespan News – NMN Human Trial: The effectiveness of NMN on prediabetic patients, the accomplishments of BioAge in 2021, an FDA-approved drug as a treatment for dry AMD, a negligibly senescent fish, and how the Chinese practice of qigong attenuates age-related cognitive decline.

Lifespan News – Rapamycin for Hearing Loss: Rapamycin to treat hearing loss in a mouse model, vibration to reduce senescent cell burden in rats, a drug that has shown scar-free healing in a mouse model, the scent of food affecting caloric restriction in nematodes, and Kizoo Technology’s €300 million investment in rejuvenation biotechnology.

Lifespan News – Vitalik Donates for Longevity: Crypto-billionaire Vitalik Buterin donated to longevity research, Lifespan.io launched a new campaign to test rapamycin in humans, people aged 105 and older seem to have better DNA repair mechanisms than others, and a new gene therapy improves the brains of mice with Alzheimer’s.

Science to Save the World – Autonomous Vehicles: Autonomous vehicles could reduce our society’s dependence on individually owned cars.

Science to Save the World – Society and Alien Life: We discuss what might happen to our society if we had proof of life on other planets. Two Industries in One Field: The actual science involved in physical rejuvenation has nothing to do with the snake oilers that are endemic to the field, and there are multiple ways of figuring out which is which.

Developing a Science-Based Personal Longevity Strategy: Elena Milova advises people to perform careful self-monitoring when taking supplements and to use caution, patience, and self-discipline when devising a personal longevity strategy.

Why Quality Sleep Should Be Part of Your Longevity Strategy: Quality sleep is one of the foundations of health, and a new study suggests that poor sleep quality is a major risk factor for developing Alzheimer’s disease and other dementias.

Move Beyond the Hallmarks, Urges New Paper: David Gems of University College London and João Pedro de Magalhães of the University of Liverpool argue that the hallmarks should not be taken as the final word in aging because they don’t have sufficient explanatory power.

What is Glucosamine? A Summary of Glucosamine: This common supplement is a polysaccharide that naturally occurs in cartilaginous joint tissues and is involved in protein and lipid synthesis.

Resilience as a New Measure of Biological Age: In a new paper published in Nature, a group of scientists led by Peter Fedichev explores human longevity through the concept of loss of resilience.

What is alpha-ketoglutarate? A Summary of AKG: Alpha-ketoglutarate (AKG) has long been a popular sports supplement, but interest in this molecule has now reached the aging research field due to its central role in metabolism.

Rapamycin Reduces Age-Related Hearing Loss in Mice: Researchers have found that rapamycin supplementation attenuates but not reverses age-related hearing loss in mice, even if the treatment starts later in life.

Vibration Reduces Cellular Senescence in the Bones of Rats: A new study published in the journal Aging has examined the effects of vibration on cellular senescence and osteoporosis. Low-magnitude vibration has been shown to be beneficial for bone growth.

No Sign of Aging in Long-Lived Bigmouth Buffalo Fish: Extremely long-lived bigmouth buffalo fish show no signs of a physiological decline with age, according to a new study.

People Living 105+ Years Appear to Repair DNA Better: A new study has shown that people who live for over 105 years typically have a genetic makeup that allows better repair of DNA damage.

Harnessing the Unaging Germline: A team of researchers, including Michael West of AgeX Therapeutics, has authored a review paper that posits a fundamental difference between “immortal” germline cells and “mortal” somatic cells.

Gene Therapy Improves the Brains of Mice With Alzheimer’s: Scientists have successfully improved learning and memory, as well as neuronal morphology, in Alzheimer’s-prone mice with the help of a gene therapy that upregulates a vital protein.

DHE Reduces Inflammation, Senescence in Intervertebral Discs: Recent research out of Frontiers in Pharmacology has shown that a natural herbal compound reduces senescence and intervertebral disc degeneration in mice.

Intermittent Fasting During Ramadan Alters Gut Bacteria: Intermittent fasting changes the composition of the gut microbiome, according to new research. An increase in Lachnospiraceae bacteria may explain some of the health benefits linked with dietary restriction.

SIRT6 Linked to Slower Aging in Mice: A study published in Aging has shown that the sirtuin SIRT6 has positive effects on multiple hallmarks of aging in the hearts of mice.

Human Trials of mTOR Inhibitors for Immune Aging: A new study published in The Lancet shows the results of Phase 2a and Phase 3 clinical trials for the effectiveness of mTOR inhibition on bolstering the aging immune system against respiratory illnesses.

Overwork Linked to Heart Disease and Stroke: In the largest study of its kind to date, researchers have revealed that a considerable part of all deaths from ischemic heart disease and stroke worldwide is caused by working long hours.

Cytosolic dsDNA as a Marker of Senescence: Senescent cells are surprisingly hard to identify, but a recent publication in Tissue and Cell makes the case for using cytoplasmic DNA as a marker of senescence.

Long Non-Coding RNAs as an Alternative to Senolytics: New research has identified a set of long noncoding RNAs involved in inflammaging and the senescence-associated secretory phenotype (SASP). These RNAs are conserved across a range of species, including humans.

Heavy Alcohol Use Linked to Greater Epigenetic Age in Women: A study funded by the National Institutes of Health has found that excessive alcohol consumption increases the epigenetic age of non-Hispanic White women according to the GrimAge epigenetic clock.

Intranasal Oxytocin Improves Lean Muscle Mass and Lowers LDL Cholesterol in Older Adults with Sarcopenic Obesity: This proof-of-concept study indicates that oxytocin may be useful for the treatment of sarcopenic obesity in older adults.

Invariant natural killer T cells coordinate removal of senescent cells: These results uncover a senolytic capacity of tissue-resident iNKT cells and pave the way for anti-senescence therapies that target these cells and their mechanism of activation.

In vivo partial reprogramming of myofibers promotes muscle regeneration by remodeling the stem cell niche: Expressing OSKM in myofibers regulates the expression of genes important for the stem cell microenvironment.

Kizoo Technology Pledges €300 Million to Rejuvenation: Michael Greve, founder of Forever Healthy and Kizoo, has committed over $360 million to support the development of rejuvenation biotechnology startups.

Deep Longevity Partners With LifeHub & LifeClinic: Deep Longevity has added LifeHub and LifeClinic to its network of longevity-focused companies. This company plans to use multiple AI-based biological aging clocks to test a variety of longevity interventions.

Oisín Announces $5 Million in New Seed Funding: Oisín Biotechnologies, a well-known developer of senolytics, drugs that destroy harmful senescent cells, has announced that it has more than doubled its total funding through an oversubscribed round.