GrimAge yielded conclusive results that other clocks did not. 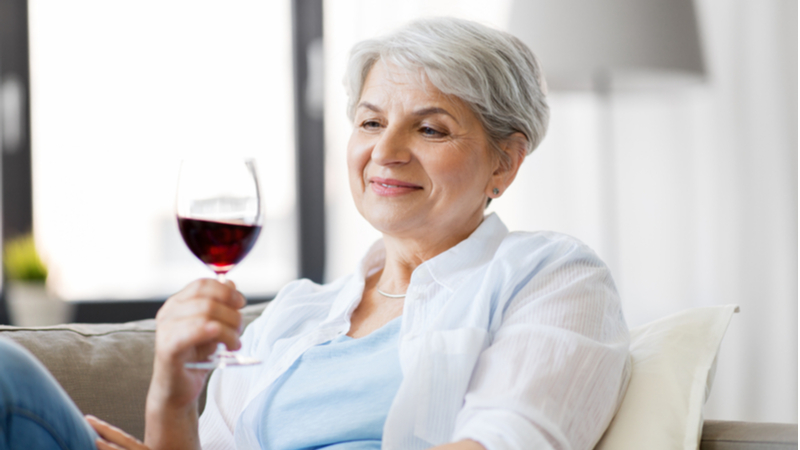 A study funded by the National Institutes of Health has found that excessive alcohol consumption increases the epigenetic age of non-Hispanic White women according to the GrimAge epigenetic clock.

A large study with a few conclusive results

This study, the first of its kind to show a relationship between alcohol use and epigenetic age, consisted of 2,316 women with a median age of 55.3 years. It used four epigenetic clocks: Hannum, Horvath, PhenoAge, and GrimAge, a recently developed clock that has been vaunted for its accuracy. The difference between a person’s chronological age and epigenetic age is known as acceleration: the “Accel” of each clock.

While neither recent alcohol consumption nor a history of binge drinking were shown to have any epigenetic effects, according to GrimAgeAccel, an additional 135 alcoholic drinks per year over a lifetime were responsible for an average of four additional months of epigenetic aging when other lifestyle and economic factors, such as exercise, education, BMI, waist-to-hip ratio, and smoking, were controlled for.

However, these conclusive results actually came from the highest quintile of drinkers. All of the other quintiles, even with GrimAgeAccel, had inconclusive results; even women who drank a lifetime average of slightly less than one alcoholic drink every other day were not shown to experience any additional epigenetic aging. The highest quintile of drinkers drank an average of 327 drinks a year, and when their measurements were controlled for other factors, they were shown to have an average GrimAgeAccel of approximately nine months over people in the first quintile, who only drank an average of 7 drinks a year. The only other conclusive results from this study came from the Hannum clock, which reported that current drinkers were physically a year older than their never-drinking counterparts, and additional GrimAge results showing that former drinkers were a year older than their never-drinking counterparts. However, women who never drank alcohol only constituted 3% of this study’s participants, and they may have also been engaged in other healthy behaviors that reduce their epigenetic age.

This study showed conclusive results in only a few areas, and its lack of results in other areas can be taken to support the idea that moderate alcohol use does not significantly affect epigenetic aging. Additionally, while this study controlled for many factors, it is conceivable that the heaviest alcohol drinkers were also engaged in other negative behaviors that had effects on epigenetic age.

However, this study was specifically on the effects of alcohol use on epigenetics and not any other biomarker, and it obviously does not invalidate the fact that alcoholism often leads to serious psychological and physical problems that can drastically shorten lifespan. It also does not have anything to do with the catastrophic and frequently fatal consequences of inebriation under adverse circumstances (such as drunk driving).

Therefore, while light and moderate drinkers are unlikely to be noticeably epigenetically aging themselves through their alcohol consumption, they must always keep in mind that many things that are not directly related to aging can still put an abrupt halt to their quest for longevity.