A Nitrone Compound Protects the Spinal Cords of Mice

This compound may also have positive effects on the brain. 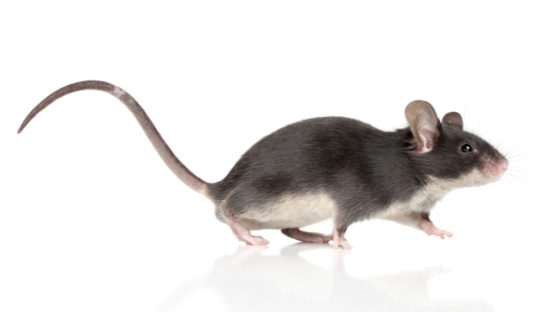 Publishing in GeroScience, a team of Oklahoma City researchers has found that a nitrone compound with a low molecular weight, OKN-007, maintains motor neuron functionality in the spinal cords of aging mice.

OKN-007 is not new in the literature. This is a nitrone compound, which refers to a specific functional group in organic chemistry, and it was originally developed to trap free radicals and combat oxidative stress. While it is known to readily cross the blood-brain barrier, a previous study has shown that it might actually decrease the permeability of this barrier, providing neuroprotective effects [1]. Multiple studies in rats have shown that it is protective against trauma [2-4], and it reduces abnormalities in a mouse model of Alzheimer’s disease [5].

This compound is not even new in drug development: the researchers cite previous human clinical trials, NCT03649464, NCT03587038, and NCT01672463, which focus on its use as a treatment for glioblastoma [6], a cancer of the nervous system, and related cancers. The researchers highlight an established safety profile for OKC-007 and its lack of adverse effects.

Aging has been reported for decades to correspond to a significant loss of motor neurons in the spinal cord in humans [7], and many of the researchers involved in this study had previously reported in 2020 that this loss occurs in mice [8]. This study follows from that one, as the researchers sought a compound that could ameliorate this loss.

The naturally aged mice were fed freely (ad libitum) and given 150 milligrams of OKC-007 per 1 kilogram of drinking water from 16 months of age, then sacrificed and examined at the age of 25 months and compared to a control group of similarly aged mice.

The results were clear. Motor neuron counts in the treated mice were substantially and significantly greater than the same-aged control group. In fact, the motor neuron numbers in the treated mice were nearly identical to those of the young mice in the researchers’ 2020 study. The blood-spinal cord barrier (BSCB), which is similar to the blood-brain barrier, was better preserved, and BSCB permeability in treated old mice was, again, similar to that of the young mice in the previous study.

The microglia were also affected. Microglial proliferation, which increases with age, was reduced in the treatment group; microglial activation, on the other hand, was much higher in many of the treated mice. Astrocytes were apparently unaffected, with no significant changes between treatment and control groups.

The researchers analyzed the gene expression changes found to occur with OKC-007 treatment and compared them to the transcriptomic changes associated with aging. Of the 117 genes affected by OKC-007, 34 genes were also found to be affected by aging.

While some of the genes involved in this analysis are poorly defined, and five of the genes that were affected by OKC-007 treatment were also affected in the same way as aging, the researchers found that many of the other 29 genes, which were shown to be positively affected by this treatment, were involved in important parts of the neuromuscular system. Genes associated with neurotransmission, locomotion, neuronal development, and morphology were shown to be reverted back to a youthful state by the administration of OKC-007.

The researchers note that at least one mouse failed to respond to OKC-007 treatment, and they suggest that the same may also occur in human beings. This study did not identify the reasons behind this lack of a response, and the researchers also admit that the mechanism of action of OKC-007 has not yet been fully elucidated.

However, there are many reasons to be hopeful for OKC-007 as a treatment. The researchers offer the possibility of even higher doses and suggest that this compound should also have similar effects on the brain, ameliorating inflammation and potentially protecting against the demyelination of neurons. While further studies, including human studies, are required, it seems very possible that OKC-007 may be a safe compound with a significant and protective clinical benefit.