What are B Cells? A Summary of B Lymphocytes

by
Patrick Deane
Share
Comments Off on What are B Cells? A Summary of B Lymphocytes What are B Cells? A Summary of B Lymphocytes
Publisher: Lifespan Extension Advocacy Foundation
Date Published: 03/01/2022
Date Modified: 06/24/2022

B cells (the precursors to plasma cells) are a type of white blood cell and the source of antibodies within the body. These antibodies have immunological, scientific, commercial, and industrial uses and are a major part of our ability to carry immunity.

What are B cells?

B cells are one of the two types of lymphocytes, white blood cells, the other kind being T cells. They are also known as B lymphocytes and are an important part of our immune system.

B cells are part of the humoral immune response and a part of the adaptive immune system and can only impact extracellular threats, meaning outside of our cells.

Where are B cells produced?

Many people assume that these get their name due to being produced in the bone marrow. However, the “B” actually comes from the Bursa of Fabricius in birds, a specialized lymphoid organ essential for B cell development in birds. The closest equivalent in humans is probably the tonsils or lymphoid tissue in the intestine.

What do B cells do?

The B cell functions to fight infections from bacteria and viruses. Like most immune cells, B cells have a very specific function: the production of Y-shaped proteins called antibodies. These play a major role in immunity.

In order for B cells to produce antibodies they must first become activated B cells. T cells are required for the activation of B lymphocytes, which interconnects two major parts of the immune response. 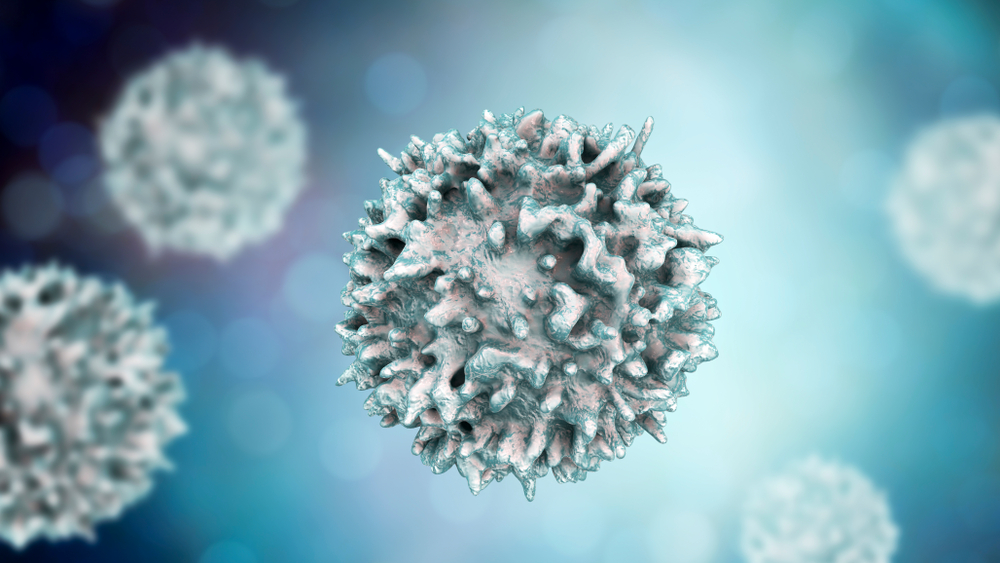 What Are T Cells? A Summary of T Lymphocytes
T cells (T lymphocytes) are like soldiers who seek and destroy invaders and support other immune cells for a combined response to threats.
Read More

Antibodies, otherwise known as immunoglobulins, are water-soluble proteins that the human body uses to fight large, external threats, such as parasites and bacteria, that cannot hide within our own cells.

There are five main types of antibody:

What do antibodies do?

Antibodies can weaken or kill harmful pathogens (infectious agents) directly, but there are other uses for them.

They can be used to clump pathogens together in a process known as agglutination, making it easier for macrophages and other immune cells to target them. This ability to clump pathogens together has a valuable scientific and diagnostic use too. If a cell is infected by a virus or has a specific receptor on its surface, an antibody specific to that virus or receptor can be used to bind these cells together.

Normally, if you take a group of cells suspended in water and leave them for a while, they will sink to the bottom of their container, leaving a ‘dot’. If they are bound together by antibodies, they will instead form a ‘matrix’ within the water, essentially remaining suspended in the water. With this a scientist can estimate the concentration of viruses in any sample by detecting how much antibody is needed to prevent the formation of a ‘dot’.

During the secondary immune response, the concentration of antibodies in the bloodstream increases much more rapidly after an infection compared to the primary immune response. This is due to the presence of T and B memory cells that remember the pathogen and activate the immune response more quickly; this is of major significance to the immune system and how it responds to threats.

Chemical signals involved in the creation of antibodies

The plasma cells know what kind of antibody to make through exposure to particular chemical messengers[2]. Interleukins (ILs), interferons (IFN), transforming growth factor (TGF), and these factors do the following:

There are many types of antibodies, each with different purposes, which are created in response to chemical signals.

How B cells produce antibodies MHC class molecules come in two primary forms, MHC1 and MHC2, which are found on the cell surface of all nucleated cells in the human body.

In the case of viruses, these stick to a cell’s MHC1 receptor. Some viruses inhibit production of MHC1, which has led the human body to destroy any cell that does not show MHC1 on its surface.

Some antigens become free-floating after infectious agents have been destroyed. Dendritic cells can ‘taste’ these free-floating antigens and latch onto them, ready to present them. Dendritic cells can also phagocytose (engulf) infectious agents and destroy them particularly slowly, ensuring that they can collect antigens without destroying them[1]. With viruses, the protein stuck to the infected cell’s MHC1 receptor is automatically presented. Cells that present antigens on their surfaces are known as ‘Antigen Presenting Cells’. The selected T cells become active T helper cells before they begin to massively replicate in a process called clonal expansion. At the same time, a B cell is similarly activated by detecting an antigen on its surface through use of a specific, pre-prepared antibody. However, this will have no effect until a T helper cell brushes against the B cell and binds to its MHC, along with the usual CD28 – B7 binding to recognize the B cell as ‘self’.  At this point, the T helper cell releases cytokines – chemical messengers (IL4 specifically) – which are detected by the B cell, causing its activation.

Once a naive B cell is activated, it begins to clonally expand as well, dividing multiple times and specializing (differentiating) the resulting ‘daughter cells’ into either plasma cells or memory B cells. The memory B cells are kept in order to maintain immunity, while the plasma cells begin to produce antibodies, releasing them into surrounding tissues and the blood. Memory B cells can circulate in the bloodstream in a dormant state, sometimes for decades before they activate.

The difference between B cells and T cells

Just the same as T-cells, every B cell has a receptor that only connects to one antigen shape. And much like T-cells, B-cells that recognize self-antigens are destroyed. This is so they don’t start attacking your healthy cells and destroying them.

B cells and T cells work together to keep us healthy and safe from invading pathogens. In many ways, the immune system can be considered our very own “living medicine” and technologies are being developed currently to improve the efficiency of these and other types of immune cells to help combat diseases such as cancer. Transplanting B Cells from Old to Young Mice Improves Them

Researchers have recently explored why B cells become less efficient as we age, analyzing how their behavior changes when they are transplanted from aged mice into young mice [1]. The immune system is a comprehensive defense system Our immune systems protect us from disease and are vital to the healthy function of every organ and...
About the author