A Look at VitaDAO’s Governance and Structure In a DAO, the concept of governance remains the same as in a conventional corporation or government, although it differs in how it fulfills its fundamental goals. DAOs are decentralized autonomous organizations, meaning that decision-making is undertaken by the organization’s members. Usually, this happens via a voting protocol outlined in the DAO’s decision-making framework. This is known as DAO governance, and each DAO may approach governance slightly differently. Here’s a history of VitaDAO’s governance structure and how it operates.

VitaDAO, a biotech DAO concentrated on funding early-stage longevity research, utilizes a relatively common governance framework. It is based upon the concept of forum discussion using a platform, known as Discourse, to develop and structure proposals for the DAO’s future activities.

These proposals pass through a process and are put to a vote within VitaDAO’s community. Its members, those eligible to vote, own a stake in the DAO via its native token $VITA, which can be earned via contribution in the form of labor to the DAO or purchased through an online platform.

Alex Dobrin, VitaDAO’s Strategic Advisor, has said that VitaDAO’s governance framework is only as useful as it is understood and applied, implying that the participation and transparency elements of any governance structure are crucial to its effectiveness.

When a proposal is put to a vote, it requires a quorum for it to pass. In VitaDAO, the quorum is set at 965,000 $VITA out of a total supply of 64,298,880 $VITA, or approximately 1.5%. This total amount is known as the DAO’s treasury and is managed by a multi-signature Gnosis Safe wallet, which is controlled by VitaDAO’s core team. While this is not fully decentralized, as the DAO develops, and its community proves its viability, this will become incrementally decentralized.

Alongside VitaDAO’s core team, there are numerous working groups set up to ensure its functionality, professionalism, and culture. They include Legal, Awareness, Longevity, Governance, Operations, Tech, and Tokenomics. Like the core team, these working groups aren’t permissionless, and roles are granted on an on-application basis. The function of these groups is to help the DAO scale effectively but not so quickly that it becomes unviable or ineffective.

Although this structure can be seen as more akin to a traditional organization, the DAO believes that it is a strategic decision aimed at bringing transparency while retaining high standards.

While this type of management is a hybrid between centralization and decentralization, the DAO’s funding process and its application remains permissionless.

Applications for funding, the heart of the DAO, are assessed based on a 4-tier scale by the Longevity Dealflow Working Group. Tiers 3 and 4 are encouraged to rethink their proposal and try again. Tier 2 is required to clarify elements of their proposal, while Tier 1 may proceed to community voting. During the forum process, the DAO’s community is involved in all stages of the process, delivering feedback, reading write-ups and delivering feedback to the people making the proposal, and, eventually, voting.

How did this structure evolve, and why is it so important for VitaDAO to retain this balance?

Operating in collaboration with other VitaDAO working groups (WGs), the Governance WG currently coordinates the governance processes in the DAO, facilitating discussions about voting proposals and communication between groups.

When the DAO first began, the role of the Governance WG was to develop a framework for the DAO to operate. Initially, this was led by Tyler Golato, who guided the DAO in creating its VDP-1, the VitaDAO Governance Framework.

This, the DAO’s first initial proposal, was refined and posted on its forum for discussion. Once the first $VITA tokens were available, the proposal was put the vote and the “Raphael” governance smart contract was initiated, VDP-1, forming the basis for VitaDAO’s future operations and introducing rules and processes; stakeholder types; three-phase, 4-tier voting; soft governance rules; and creation of a multi-sig system.

By July 19, 2021, the DAO was fully operational, however, not without flaws. Recognizing the fallibility of some areas of the governance structure, despite its general ability to deliver reliable self-governance, the DAO proposed and approved several adjustments. These included frameworks for managing and budgeting for working groups, allowing industry experts to participate; a reduction from 14 to 7 days for Phase 3; and introduction of a social contract for vested token allocations to refrain from financial activities for 12 months.

Further developments took place in December 2021, following a debate on the Ethereum main network’s gas prices, which are a common feature on many blockchains and the technology behind VitaDAO at the time, but which hindered less wealthy tokenholders from participating. The Governance WG elected to move the DAO’s governance to Snapshot to increase fairness and participation.

Within the DAO, the Governance WG works behind the scenes to maintain balance, participation, and effectiveness of the organization. The group is responsible both from the fundraising processes (and where the funds should be delivered) and involving the wider community in the decision making process.

The groups are also responsible for proposing new governance, completing polls for potential future proposals, and testing instances of VitaDAO. VitaDAO is still a young organization, and, as it continues to develop, processes may change, and new governance methods may emerge to meet its aims of decentralization, autonomy, and transparency. 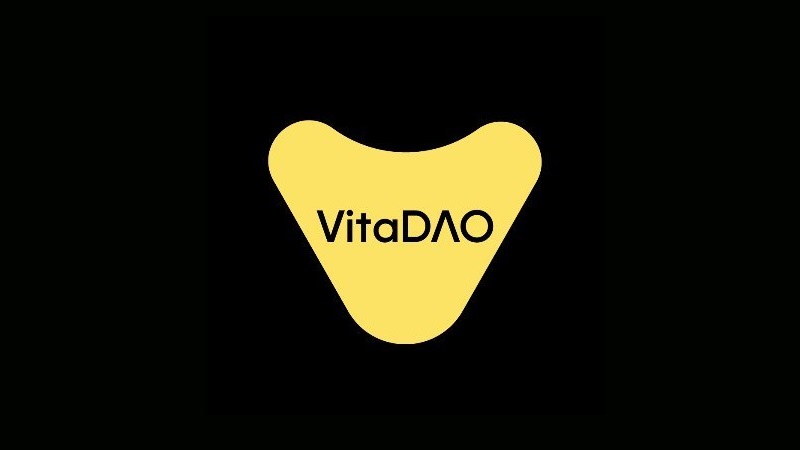 VitaDAO
About the author