The Record Lifespan of 122 Years Could Be Surpassed 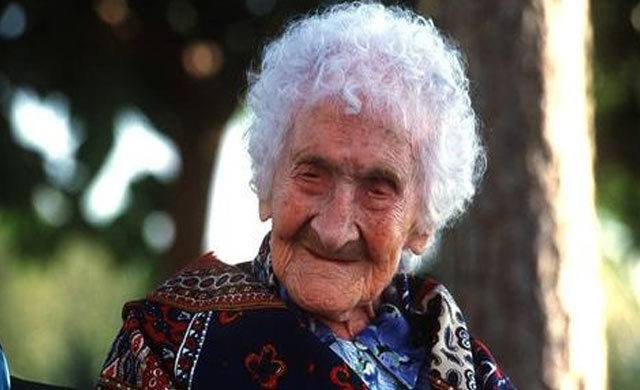 Today, February 21, is the birthday of Jeanne Louise Calment – the oldest verified human being ever, who managed to live an amazing 122 years and 164 days!

Jeanne was an independent and positive person, and she managed to live all alone until age 110. After a fire in her apartment, she moved into a nursing home, but even there, she was still able to take care of herself. However, shortly before her 115th birthday, she fell down a stairway and never fully recovered her ability to walk. Surprisingly, when Jeanne was 118 years old, cognitive tests revealed that she scored within the normal range and lacked signs of dementia. However, by that time she was physically frail and required a wheelchair.

There is no doubt that her record helped millions of people readjust their expectations of the maximum possible human lifespan. However, in the eyes of an ordinary person, living for that long in a state of age-related decline does not really sound like the life of their dreams.

Luckily, modern science is aiming for another goal: an extended period of health and youthful vitality, sometimes referred to as negligible senescence.

In multiple interventions in animals, it has been shown that by addressing the underlying processes of aging in young or middle-aged animals, we can help them maintain their health and activity; now, research efforts are focused on translating the same technologies into clinical practice for humans.

If, or rather when, that happens, chronological age will no longer be closely related with biological age; aged people will potentially remain strong, good-looking, and creative.

Is this a goal worth working for? We think so.

To better understand the concept, let’s take a look at this tab comparing the features of a naturally old person and a negligibly senescent person. Of course, this is just a speculation, but it is helpful to visualize the expected results of the rejuvenation biotechnologies that are currently being developed by the SENS Research Foundation and many other research organizations around the world. *115 years is considered by some scientists to be the maximum natural human lifespan without the application of rejuvenation biotechnologies.

As you can see, negligibly senescent people people should look, feel, and be as capable as modern young and middle-aged people. However, there is also a difference: the experience collected during 80+ years of life could potentially make people more skilled, more rational, more socially responsible, and probably more kind – just as we witness these qualities in our older colleagues and our grand parents right now. Living longer can make us more human, argues Didier Coeurnelle, one of the most active European advocates of healthy life extension, in his recent TEDx talk. When we celebrate Jeanne Calment’s birthday, let’s remember that the most human thing to do is not just to remember the record but to try hard to surpass it. Jeanne died in 1997, so she could not benefit from the advances in aging research that are available to us now.

Knowledge about healthy lifestyle choices (healthy diet, physical activity, healthy sleep, no smoking, low alcohol consumption, active social interaction) is accessible to everyone and remains the foundation of healthy longevity. We are also getting more and more data on which drugs and supplements can promote health and help us postpone age-related decline.

More powerful therapies are on the way, but, on average, it takes up to 17 years for new drugs and therapies to be approved. For some of the problems caused by aging, such as amyloids and protein crosslinks, there are still no effective treatments, even for mice.

That is why, if we would like to bring the aging processes under substantial medical control more rapidly, we should all consider giving a hand to the researchers. Crowdfunding for fundamental studies on aging, supporting more early-stage biotechnology startups developing preventive therapies, and advocating the need to switch to preventive medicine are the best ways to foster progress.

During the last years of her life, Jeanne used to say, “I have only one wrinkle… and I’m sitting on it.” Doesn’t it look like good health and youth is the real dream of a supercentenarian?

Elena has been a longevity activist and advocate since 2013, when she first started to organize educational events to make new evidence-based methods of healthy life extension more popular. The last few years have seen Elena leading some successful projects in Russia, aimed at spreading the idea of healthy longevity among decision makers as well as the general public. Several years of lobbying resulted in the inclusion of her propositions in the strategic program documents of the Russian Federation related to the problems of the elderly. She is a co-author of the book “Aging Prevention for All”, where, among other topics, she is sharing how to facilitate the adoption of the healthy lifestyle to promote the period of good health. In 2015, Elena helped to shape and coordinate the successful crowdfunding campaign of the Major Mouse Testing Program – a study of Senolytic drug combinations on mouse lifespan. In 2017 at LEAF, Elena led a successful advocacy project to include the problems of the elderly into the WHO’s 13th Programme of Work . Previously Elena has worked as a project manager in the pharmaceutical and advertisement industries, helping to promote new drugs and therapies. This experience helped her to realize that the existing therapies were not 100% effective and could not completely stop age-related diseases – which has ignited an interest for the development of innovative therapies. Elena graduated with a bachelor’s in both psychology and foreign languages and is now working to earn her MBA at the oldest Russian business school MIRBIS. Elena left her Board and staff position at LEAF in January 2022 to pursue other endeavours.
No Comments