Researchers at the University of Helsinki have shown why the regenerative capacity of the cells lining the intestines declines with age and that targeting a particular enzyme can restore the regenerative potential of this tissue.

During normal function, the cells of the intestinal epithelium, a single cell layer that forms the lining of both the small and large intestine, are replaced by stem cells, which create healthy replacement cells to counter losses from injury, damage, disease, and aging. These cells are roused into action via the Wnt signaling pathway, which is activated through signals sent by other cells in the tissue.

However, during aging, these tissues become increasingly poor at repairing themselves and regenerating from injury, as stem cells stop responding to signals to rejuvenate the tissue. This new study shows that the enzyme notum blocks the activity of intestinal stem cells that keep tissues supplied with fresh cells and mediate repair. Notum is produced by Paneth cells, which live in the intestinal tissue during aging and block the Wnt pathway, preventing it from activating these stem cells.

The researchers found that targeting Notum and blocking its activity allowed the Wnt pathway to resume normal function and allowed the previously inhibited stem cells to rejuvenate the tissue once again. Through renewed stem cell activity, the animals in the study were able to recover from chemotherapy, which often has severe consequences for the cells in the gut.

They also showed that tissue regeneration was even harmed in young tissue and that the stem cells in that tissue lost their ability to function when exposed to the presence of old Paneth cells that produce Notum. The researchers are now interested in developing Notum-targeting therapies in order to restore tissue function.

A decline in stem cell function impairs tissue regeneration during ageing, but the role of the stem-cell-supporting niche in ageing is not well understood. The small intestine is maintained by actively cycling intestinal stem cells that are regulated by the Paneth cell niche. Here we show that the regenerative potential of human and mouse intestinal epithelium diminishes with age owing to defects in both stem cells and their niche. The functional decline was caused by a decrease in stemness-maintaining Wnt signalling due to production of Notum, an extracellular Wnt inhibitor, in aged Paneth cells. Mechanistically, high activity of mammalian target of rapamycin complex 1 (mTORC1) in aged Paneth cells inhibits activity of peroxisome proliferator activated receptor α (PPAR-α)3, and lowered PPAR-α activity increased Notum expression. Genetic targeting of Notum or Wnt supplementation restored function of aged intestinal organoids. Moreover, pharmacological inhibition of Notum in mice enhanced the regenerative capacity of aged stem cells and promoted recovery from chemotherapy-induced damage. Our results reveal a role of the stem cell niche in ageing and demonstrate that targeting of Notum can promote regeneration of aged tissues.

A proposed reason we age is due to altered intercellular communication, the changes to signaling between cells via pathways such as Wnt, and this study is part of this. While these changes are a downstream consequence of the primary causes of damage and dysfunction that initially drive aging, they are also a low-hanging fruit.

There is a lot of interest from researchers in improving the activity of stem cells via manipulation of pathways such as Wnt, and it is likely that this enthusiasm will see some therapies coming to human trials in the coming years. We already have examples such as biotech company Samumed, which is preparing to begin a phase 3 clinical trial for lorecivivint, a Wnt pathway-targeting drug that treats knee osteoarthritis.

This discovery opens the door for combating age-related gastrointestinal conditions and could potentially help reduce the severity of side effects from cancer therapies.

Developing a Science-based Personal Longevity Strategy
0 Comments
There is one common public reaction to my talks that bothers me quite a bit. I am worried that after each of my lectures, people will just start taking lots of supplements without […]
Posted in: Advocacy, News
Tags: Biomarkers, Geroprotectors

Vibration Reduces Cellular Senescence in the Bones of Rats
0 Comments
A new study published in the journal Aging has examined the effects of vibration on cellular senescence and osteoporosis. Superior treatments are needed for osteoporosis Typically, bone density peaks for individuals around age 30 and then declines with age. While […]
Posted in: News
Tags: Bone, Cellular Senescence, Osteoporosis

Lifespan News – NMN Human Trial
0 Comments
This week on Lifespan News, Brent Nally discusses the effectiveness of NMN on prediabetic patients, the accomplishments of BioAge in 2021, an FDA-approved drug as a treatment for dry AMD, a negligibly senescent fish, and how the Chinese […]
Posted in: Lifespan News, News
Tags: Lifespan News

Two Industries in One Field
0 Comments
Now that we are starting to see the arrival of actual therapies aimed at directly targeting the processes of aging in order to prevent age-related diseases, it has become easier to separate two very distinct groups. Our […]
Posted in: News
Tags: Snake Oil 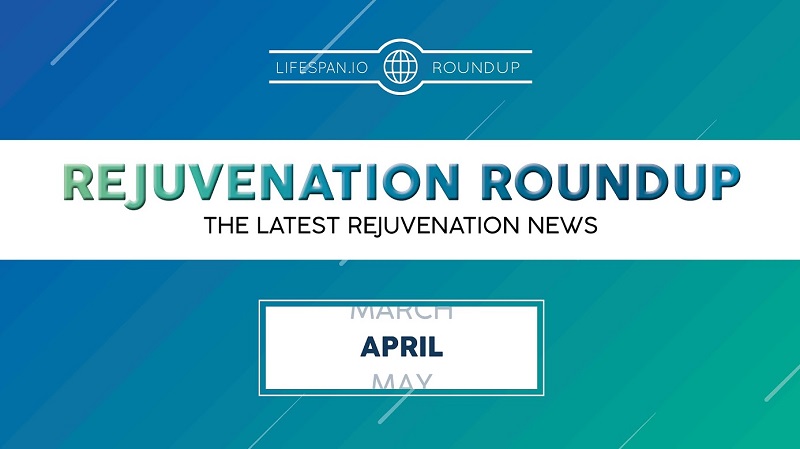 Some Argue that Increased Longevity Would Cause Scarcity
0 Comments
The discussion of increased lifespans through medical and technological methods of addressing the various processes of aging raises the concern that this could lead to a lack of resources and result in […]
Posted in: Concerns, News
Tags: Overpopulation, Resources
Stay Connected