Support LEAF in Project for Awesome 2017 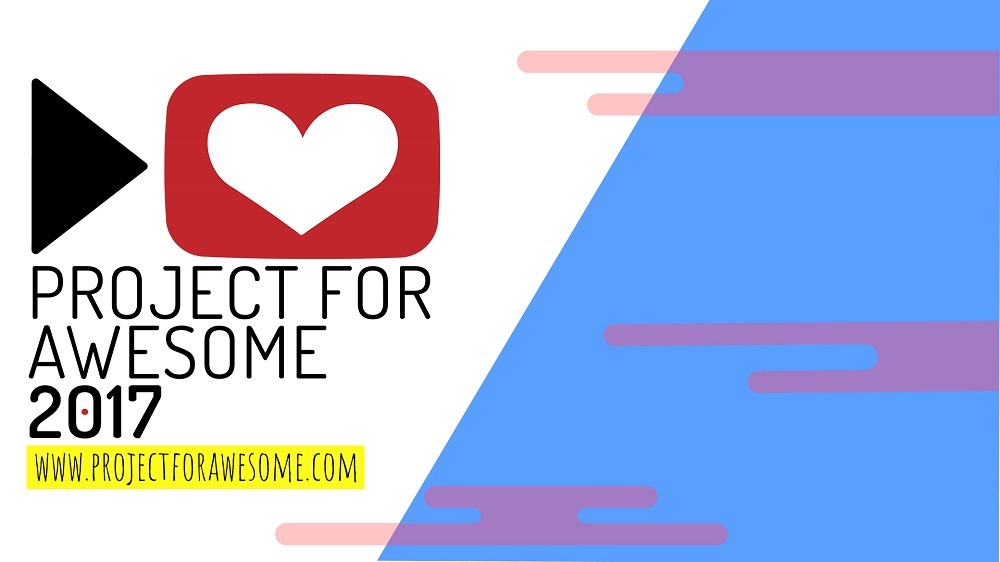 Every year since 2007 the Project for Awesome, simply known as P4A, has been helping to make the world a better place. It is an initiative of the Foundation to Decrease World Suck, a Montana-based charitable organization run by Hank and John Green, and their plan is simple: to make the world suck less.

So how are they attempting this most worthy goal? Well, they are inviting you to support your favorite charities by making and voting on short videos. In previous years winning charities have won around $25,000, which would go a long way toward helping LEAF to expand its activities on Lifespan.io and make more awesome high-profile collaborations like what we did with Kurzgesagt.

How can you help?

The winning charities in the past P4A’s have all had at least ten videos sent in by the community to showcase them, and so we would like to ask you to support us by making a short video and sending it to P4A on December 15th-17th.

Even simple cell phone videos are encouraged, but here are some great tips for stepping up your P4A video-making game:

As we are reaching out to the general audience here, it’s best to focus on the positive aspects of rejuvenation biotechnology in your videos, such as health, independence, and curing age-related diseases, rather than focusing on baggage-laden terms like immortality, living forever and so on.

Thank you in advance to everyone who decides to make a video to support us and voting for the videos showcasing our work, we appreciate you taking the time to help us out.

Steve serves on the LEAF Board of Directors and is the Editor in Chief, coordinating the daily news articles and social media content of the organization. He is an active journalist in the aging research and biotechnology field and has to date written over 500 articles on the topic, interviewed over 100 of the leading researchers in the field, hosted livestream events focused on aging, as well as attending various medical industry conferences. His work has been featured in H+ magazine, Psychology Today, Singularity Weblog, Standpoint Magazine, Swiss Monthly, Keep me Prime, and New Economy Magazine. Steve has a background in project management and administration which has helped him to build a united team for effective fundraising and content creation, while his additional knowledge of biology and statistical data analysis allows him to carefully assess and coordinate the scientific groups involved in the project.
About the author

Why I Am Still Future Positive on My Birthday
0 Comments
Don’t let your birthday get you down and remind you that you are getting older; there are plenty of reasons to be cheerful about […]
Posted in: News
Tags: Senolytics, SIWA, UNITY Biotechnology

Update from CellAge
0 Comments
Today is one of those days when we must deliver some bad news. Science is hard, particularly when it concerns the biology of aging, and things do not always go to plan. There are no guarantees that a project will […]
Posted in: Lifespan.io Projects, News
Tags: Cellage, Senescent cells

Rejuvenation Roundup May 2020
0 Comments
May has brought us a lot of interesting advances in the world of rejuvenation, and we at Lifespan.io have moved forward with projects of our own, including our upcoming Ending Age-Related Diseases […]
Posted in: News
Tags: Rejuvenation Roundup