Science to Save the World – Solar Panels at Night 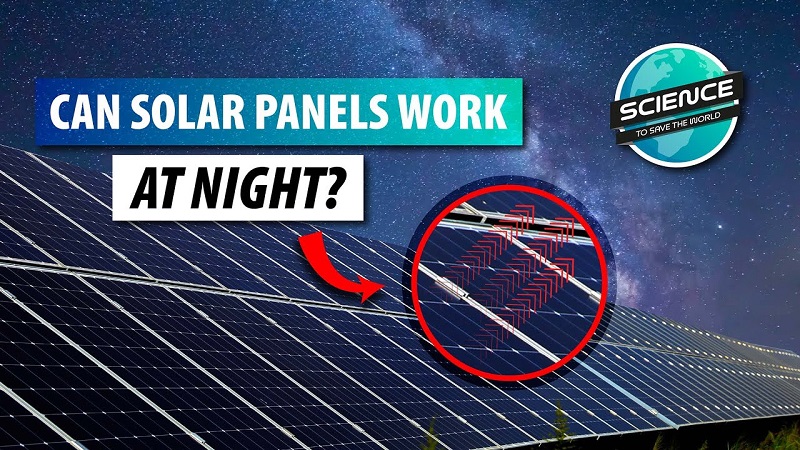 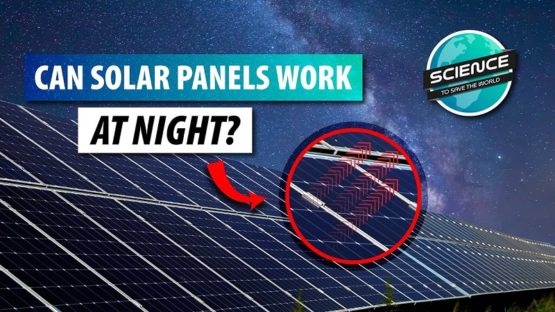 This episode of Science to Save the World focuses on an interesting quirk of physics by which solar panels become cooler than the surrounding air, a fact that can be harnessed for energy.

In recent years, solar panels have become cheaper and more effective, providing much-needed sustainable energy. But they only work in daylight. What if solar panels could also generate energy at night? Stanford University engineers have made a solar cell that can do just that.

The breakthrough comes at a time when the number of solar jobs and home installations is on the rise. According to a study published in the journal Applied Physics Letters, this invention can provide a continuous renewable power source both day and night. The new method makes use of an unexpected fact about solar panels.

“During the day, there’s a light coming in from the Sun and hitting the solar cell, but during the night, something of a reverse happens,” said researcher Dr. Sid Assawaworrarit. This is due to the fact that solar panels, like everything else that is warmer than absolute zero, emit infrared radiation. “There’s actually light going out from the solar panel, and we use that to generate electricity at night. The photons going out into the night sky actually cool down the solar cell,” he says.

As photons leave the panel’s surface, they carry heat with them. On a clear night with no clouds to reflect infrared light back toward the Earth, the surface of a solar panel will be a few degrees cooler than the surrounding air. Dr. Assawaworrarit and his colleagues are taking advantage of this temperature difference. An apparatus called a thermoelectric generator can absorb part of the heat that is being transferred from the warmer air to the cooler solar panel and convert it to energy.

On a cloudless night, Dr. Assawaworrarit’s test array on a Stanford rooftop generates about fifty milliwatts per square meter of solar panel (50 mW/m2). He estimates that with a few tweaks and the right location, the device might generate twice that much power. This method makes use of an overlooked renewable energy source. The Earth receives 173,000 terawatts of energy from the Sun on a continuous basis. Clouds, atmospheric particles, and reflecting surfaces such as snow-covered mountains reflect about 30% of that energy into space. The rest of it warms the earth’s surface, oceans, clouds, the atmosphere, and everything else. But that energy doesn’t stick around.

Aside from the extra heat trapped by greenhouse gasses as a result of human activity during the Industrial Revolution, Earth’s energy output is roughly equal to its intake. As a result, the planet emits a mind-boggling amount of energy in the form of infrared radiation. These emissions, in wavelengths that are too long for the human eye to see, carry lots of energy. In fact, more than half of all solar energy that strikes the Earth passes through this process before returning to space.

Today, nearly a billion people lack access to electricity. “People in that scenario can rely on solar during the day, but there’s not much they can do at night,” Assawaworrarit explains. The technique developed by the researchers can supply overnight backup illumination and power in off-grid and mini-grid applications, where solar cell installations are becoming more prevalent.

Mini-grids are small, self-contained power networks. These are useful when a population is too small or too distant to warrant extending the grid to reach it. Unlike batteries, which degrade after a few thousand charge cycles, the thermoelectric generators employed in these solar panels are solid state, so their service life is pretty much indefinite.

Another good application for the technology is to power the vast network of environmental sensors that researchers use to track everything from weather to invasive species in remote locations. In such applications, solar panels that provide a tiny amount of electricity at night could eliminate the need for batteries, with their associated maintenance and repair costs. The team is still working to increase the amount of energy this process can yield.

“If you can get up to a watt per square meter, it would be very attractive from a cost perspective,” Assawaworrarit says. That kind of output would be a significant step toward a time when we can capture nighttime infrared energy that presently is wasted.