Quite a number of readily understandable reviews were published this month, along with an X10 episode on epigenetic alterations; if you’re new to the biology of aging or want to introduce someone else to the topic with new material, this is a great time to start.

We will be returning to New York in 2020 for our third conference focused on aging research, investment, and biotech business. Judy Campisi, Aubrey de Grey, Hanadie Yousef, Steve Horvath, Andrei Gudkov, and Polina Mamoshina are among the speakers confirmed so far. Join the conference mailing list to stay informed as more details are announced. Epigenetic Alterations: Veera discusses epigenetics in their developmental role along with their role in aging, illustrating how methylation prevents DNA sequences from being read.

Brian Kennedy on Rapamycin, mTOR, and Interventions: Professor Kennedy of the National University of Singapore discusses the necessity of interventions for that aging country and his work in modulating the nutrient sensing TOR pathway to promote longevity. Greg Potter on Biohacking and Lifestyle: Offering readers practical advice on what they can currently do to extend their lives, Dr. Potter discusses the relevance of lifestyle factors, such as sleep and diet, on human longevity.

7-ketocholesterol: Oliver joins Steve Hill, Dr. Matthew “Oki” O’Connor, and Lifespan Heroes in discussing 7-ketocholesterol, a deadly oxidized form of cholesterol that is linked to the formation of foam cells, which lead to the plaques that cause atherosclerosis, as well as Alzheimer’s and other diseases.

Age-Related Gut Microbiome Changes Happen Early in Life: Harmful changes to gut flora can happen to people in their 30s, accelerating the onset of age-related diseases in the form of inflammaging. Tryptophan as a Therapeutic Target for Inflammaging: Tryptophan is an amino acid that is naturally produced by the gut microbiome, and inadequate levels of it may result in reduced levels of NAD+ along with inflammaging. 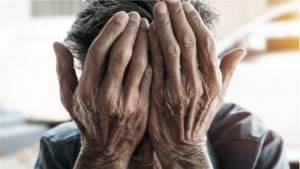 Senescent Cell Clearance Declines With Age: A new study suggests that senescent cells are naturally cleared by the body and that these clearance mechanisms fade over time, leading to proliferation of the senescence-associated secretory phenotype (SASP).

Rapamycin persistently improves cardiac function in aged male and female mice: This drug has also been shown to reduce cardiac stiffness and improve performance in mice, even eight weeks after its administration has stopped.

Ten-Hour Time-Restricted Eating Helps Patients with Metabolic Syndrome: Offering further evidence for the benefits of caloric restriction and intermittent fasting, this study showed that confining all eating to a ten-hour window each day reduced the weight and blood pressure of patients with metabolic syndrome.

BrainAGE in Mid-Life Shows Rate of Cognitive Decline: A new biomarker called BrainAGE monitors the rate of age-related changes to the brain, offering a diagnostic indicator for age-related cognitive decline.

An Epigenetic Predictor of Health Measures Brain Health: DNAm GrimAGE, which is a fairly well-known epigenetic clock, is also proposed as a diagnostic indicator of cognitive decline.

A Genomic Predictor of Lifespan in Vertebrates: This clock is, so far, the broadest known; in this paper, the researchers demonstrate a way in which lifespan can be measured for any vertebrate animal, including extinct species such as mammoths.

Arts Engagement Reduces Mortality Rate in Older Adults: A study of adults living in senior centers shows decreased mortality among those who participate in arts and leisure activities. Reviewing the Gut Microbiome’s Influence on Skeletal Muscle Mass: Dr. Michael Lustgarten has published a readily understandable review that connects the gut microbiome to musculature, which is definitely of interest to anyone wanting to preserve strength in old age.

Developing Deep Aging Biomarkers Using Artificial Intelligence: A new AI technique is being used to determine which biomarkers are best suited to monitoring aging as it progresses. DNA Testing Company Veritas Genetics Suspends U.S. Operations: While this company, co-founded by Prof. George Church, had offered a full genome sequencing for $599, it had experienced an “adverse financing situation” and has discontinued operations in the United States. Its business overseas continues, however.

The DNA Damage Response in Aging: This open-access review discusses the relationship between the primary hallmark of genomic instability and its downstream effects, including cellular senescence.

Measuring Biological Aging in Humans: A Quest: This extremely broad and detailed review shows the ways in which biomarkers can be, and are being, developed to measure aging in human beings.

Alkahest Presents Phase 2a Data from Alzheimer’s Study: Alkahest reports that one of its chronokine-based products, GRF6019, was shown to be safe and tolerable in Alzheimer’s patients while meeting key secondary efficacy endpoints.

That’s all for this month’s Roundup; other than an upcoming annual lookback, LEAF is ceasing publication for the holiday season. As always, thank you for reading and sharing our articles; your continued support, in whatever form it may come, is what keeps us going. Special thanks go to the Lifespan Heroes, who allow our organization to stay in business and carry out its activities through their generous donations. Conferences, webinars, YouTube shows, news reports—none of these would be possible without your help. If you’d like to be a Lifespan Hero, visit lifespan.io/hero to make your monthly pledge.

We look forward to seeing you again in 2020!

Meta-Analysis Discovers Goldilocks Zone for IGF-1
0 Comments
A new meta-analysis from Aging Cell has shown that both high and low levels of IGF-1 are related to mortality risk [1]. Insulin-like growth factor 1 (IGF-1) IGF-1 is one of the […]
Posted in: News
Tags: Diet, IGF-1

Objecting to Rejuvenation is Objecting to Medicine
0 Comments
Some people are uneasy about the idea of extending human healthy lifespan by using rejuvenation technologies that target the aging process directly. Even people who […]
Posted in: Advocacy, News
Tags: Advocacy, Ethics, Future medicine, Treating aging