LifeXtenShow – The Good Sides of Aging? 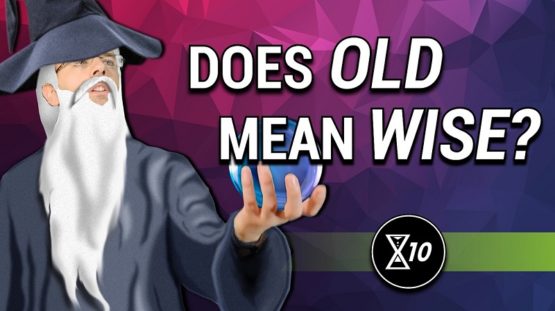 This week, Giuliano talks about the theoretical “good sides” of aging, decoupling the experience gained by chronological aging with the extraordinarily harmful effects of biological aging while showing us that decrepitude and wisdom are decisively not related at all.

You’ve probably heard this enough times: with aging comes experience, so aging isn’t all that bad, right? Your health may worsen, but hey—you get wisdom in return, so the trade off seems fair, and if we undid aging through biotechnologies, would we cancel this trade? No, and actually, it’s not even a trade.

The misconception we’re dealing with here is a mix-up between two distinct types of aging—or at least, the incorrect assumption that you can’t have one without the other. These two types of aging are chronological aging and biological aging.

Intuitively, chronological aging is simply the passing of time, and all it measures is how long you’ve been alive. The other type of aging is much more complex, as biological aging is a series of processes of damage accumulation that go on throughout your life, and it’s a measure of how badly damaged your body is.

This correlation is probably the only reason why chronological and biological aging have a similar name and are often considered two sides of the same coin: we’ve always seen them happen together, so it seemed safe to assume that they’re the same, or that one causes the other, but this is not really the case.

The rate at which living things age biologically varies substantially across species and even different individuals of the same species. In some rather exceptional cases, biological aging doesn’t even seem to take place; there is evidence that some plants and even animals may be negligibly senescent—in other words, their rate of biological aging, if at all present, is so low that it doesn’t affect their health or ability to reproduce at later ages.

If the passing of time was in itself sufficient to cause biological aging and no other factors played a role, we would expect that all living beings would age at the same rate—and we definitely wouldn’t expect negligible senescence to exist—because time passes at essentially the same rate for all living things on Earth. This shows not only that biological aging isn’t the same as chronological aging, but also that the latter isn’t enough to cause the former.

The rate of biological aging essentially depends on two things: how fast your body accumulates damage, and how effectively this damage is repaired. Most aging-related damage is the byproduct of the very metabolic processes that keep you alive, although things like poor nutrition, smoking, and radiation can accelerate some aspects of aging.

Your body possesses self-repair mechanisms that can deal with this damage, but biological aging also affects these mechanisms so that they become progressively less effective; that’s essentially why we generally don’t start noticing any signs of aging until around middle age, but our bodies decay faster and faster past that point.

Back to the original topic, it is generally true that older people have more experience, knowledge, and wisdom; it’s sometimes reported that older people are more happy and fulfilled than younger people, and they may be even more wealthy, because they’ve had more time to accumulate it. And more time is exactly the point here.

It’s easy to see that experience, knowledge, fulfillment, and wealth are a consequence of chronological, not biological, aging; biological aging is a process of deterioration, so all that can follow from it are the diseases typically associated with old age—anything ranging from high blood pressure to Alzheimer’s disease.

If people in their old age are more experienced or happy, it certainly isn’t because of their declining health; it’s because they have had more time than younger people to accrue experience and build their own happiness. That’s why you’re not actually trading your health for wisdom in old age—it’s not because of heart disease that you’re wiser in your 80s than in your 20s, it’s because of all the experience you have accumulated during that time.

To be clear, though, just because you’re chronologically old, you’re not magically wiser or happier than younger people. The happiness, experience, and so on that you may possess in old age aren’t an inevitable consequence of chronological aging; it really depends.

For example, if you’re 90 and you spent all your life in a small, isolated place, meeting always the same few people, always doing the same, unfulfilling job without educating yourself much, you’re hardly going to have had more life experiences than a 30-year-old who traveled most of her life, has met dozens of different people, tried many jobs and hobbies, and received higher education.

Thank you for watching this episode of X10, and special thanks to the Lifespan Heroes, who help us stay in business with their generous donations—in exchange for which they get nice rewards, such as a whopping 50% off the price of our upcoming conference in New York City, where they can learn all about the latest developments in aging research from the experts themselves. If you want to join the Lifespan Heroes and/or come to our conference, check out the links in the description.