Longevity and life extension have a long-standing negative stigma. 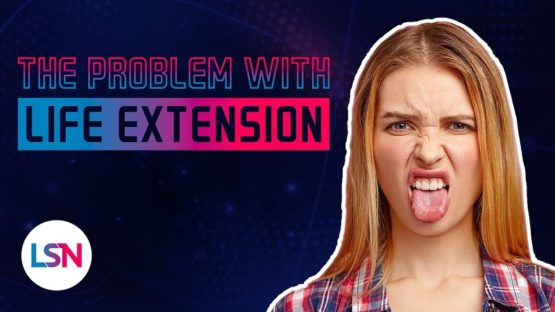 On this episode of Lifespan News, Ryan O’Shea discusses why some people involved in rejuvenation biotechnology don’t want to be known as such.

As we’ve seen, Altos Labs seems to be tackling aging, but they insist that they aren’t. And they aren’t the only ones. Multiple groups appear to be making strategic decisions to avoid being associated with longevity or anti-aging science. Why is this, and what can we do about it? Let’s find out in this episode of Lifespan News!

It’s clear – life extension and anti-aging have a branding problem, and there are a few reasons why.

The life extension community unfortunately does have a reputation for being long on promises and short on delivery. With what is now decades of research, there are still no effective therapies against aging.

Of course, science takes time, and a lot of progress is being made in our fundamental understanding of aging as well as the steady slog to translate the research from animals to humans. However, public perception is based on results, and so far, nothing has turned back aging enough to convince the broader public that this is legitimate and promising work that will make a real difference in their lives.

This is also not helped by researchers sometimes fueling hype and exaggerating the impact of their own work, or that of their colleagues and associates. While it is perfectly understandable to be excited about what is happening, sometimes there are claims that go beyond or misrepresent the data – and this can be hard for some people, including members of the the press and public, to recognize.

Some researchers and PhDs could be hyping up this work in hopes of attracting funding and grants, but it can be harmful to the image of the field when the hype does not meet the reality.

Another factor is that, alongside the legitimate researchers doing scientific work in the lab, there are also plenty of people completely willing to misrepresent the science in order to prey on people who lack the knowledge to discern meaningful results from pseudoscience. There are plenty of ineffective, or worse, possibly dangerous products out there that do not do what they claim to, or do not have adequate amounts of the ingredients or components that they would need to actually have the desired effect.

So what can we, as a community, do to help address this branding problem? Well it will take a group effort to clean up the perception of our field to hopefully make these new companies more comfortable associating with it. There are a few things that each of us can do to help to clean up this industry – and this starts with learning to evaluate science rather than taking things at face value.

Here are some useful questions to consider when reading an article, watching a video like this, or evaluating science in general.

#1 Was the claim first announced through media or through scientific channels?

Most responsible and legitimate claims will undergo peer review first. Also, pay attention to the source of the news. Is it coming from a respected journal, or a university? Or is it coming from a company that has a financial incentive, or a non-profit organization with bias? Now let’s be clear – there are a lot of bad incentives baked into this system. Something being peer reviewed or from a respected institution doesn’t mean that it’s not wrong or the science wasn’t flawed and cherry-picked, and having it come from a for-profit company or think tank doesn’t mean that it’s bad or wrong – but keep incentives, biases, and money in mind when looking at the science.

#2 Are the claimants transparent about their testing, and is there sufficient published data for reproduction?

Credible research is generally published in peer-reviewed journals with transparent and clear details of experiments so that others may attempt to replicate their results. When evaluating a claim, always see if it is published and if anyone else has successfully, independently confirmed the results..

#3 How good is the quality of data supporting the claim, and is it of significance?

Learn to evaluate how significant results are. Did a study involve a small number of subjects, or did it involve hundreds or even thousands of subjects to reach its conclusion? The smaller the study, the higher the noise and the greater the effect that outliers can have on the average. Large test groups offer the most stable and accurate data, and small, single-patient studies are, for the most part, not broadly useful. Also be careful not to confuse correlation with causation.

#4 Do the claimants state that their claim is being suppressed by authorities, big Pharma, or the government?

Claims of being suppressed or somehow blocked by the government or other entities is a common tactic used by scammers. This is certainly not saying that governments and corporations don’t engage in some seriously shady behaviors, but suppressing cures for cancer or perpetual motion machines don’t seem to be among them. Sometimes no one listens to you or takes you seriously because what you’re saying is ridiculous – no conspiracy needed.

#5 Is the claim said to be based on ancient knowledge, or said to be “natural”?

The ‘appeal to the ancients’ logical fallacy commonly appears alongside the ‘appeal to nature’ fallacy, capitalizing on the false idea that our ancestors had lost, secret knowledge, typically of some kind of connection to nature, and that natural is synonymous with good. The truth is that while our ancestors were quite intelligent and creative in many ways, not all their ideas were very good. Many of them died young, in terrible and preventable ways. But many of the things we believe are certainly also wrong and dangerous. Which ones? Good luck.

This is, of course, only a short checklist of things to watch out for. If a claim raises red flags, or, especially if you want it to be true and it confirms your own bias, then it’s a good idea to check into it further.

Liars and scammers will likely always be around, and our community is specifically targeted by them, but by critically analyzing claims we can help filter these people out and increase the quality of the field. This will help boost the legitimate scientists working on the real solutions that will benefit all of us – and hopefully makes sure that companies like Altos Labs and others aren’t hesitant to be associated with longevity science.

The reputation of the field has improved massively in the last decade, but there is much that we can all do to improve it further. Let’s do that together. I’m Ryan O’Shea, and we’ll see you next time on Lifespan News!