Pharmaceutical drugs to enhance lifespan are being researched. 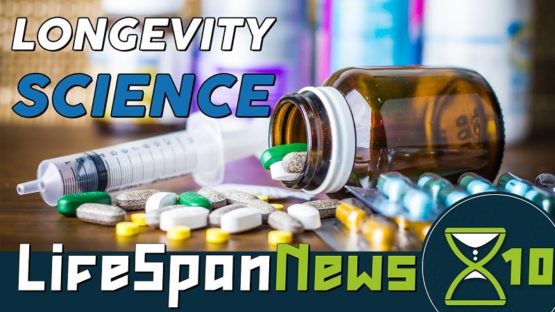 This week on Lifespan News, Brent Nally discusses longevity pharmacology, atrophy of the circadian clock, SIRT3 and lung fibrosis, research that suggests that we should look beyond biology to slow aging, and our Science to Save the World episode on ancestral memories.

Atrophy of the Neuronal Circadian Clock Is a Disease of Aging

LScientists say we need to look beyond biology to slow aging

Can We Actually Inherit Memories From Our Ancestors?

Humans have searched for the Fountain of Youth or immortality for thousands of years and have epically failed at this quest so far, but the last few decades have produced some relatively incredible scientific healthy life extension research that we will explore further, plus other stories in this episode of Lifespan News.

Continuing with our first story, Longevity Pharmacology Comes of Age. A recent article by biogerontologist João Pedro de Magalhães was published on drug discovery today. Dr. de Magalhães’s paper is an overview of the growth that the longevity and aging research field has experienced over the last decades. Dr. de Magalhães notes how scientists have been able to manipulate the lifespan of model organisms in a variety of ways, from genetic to dietary and pharmacological interventions. The number of compounds that have been shown to have an effect on animal models’ longevity has also grown fast, from about 300 in 2005 to 2000 in 2020, even though the discovery of longevity-associated genes has slowed down instead. Longevity-focused companies have mushroomed at an increasing pace, and human clinical trials have begun. Some trials have failed, but that’s to be expected in the early stages of pioneering research. You can find a link to Dr. de Magalhães’ article and our coverage of it in the description below.

For our next story, Atrophy of the Neuronal Circadian Clock is a Disease of Aging, researcher and Lifespan.io volunteer Victor Björk has recently published a paper where he suggests labeling the aging of a particular brain area as a disease. This area is known as the suprachiasmatic nucleus or SCN, and SCN regulates the body’s circadian clock. With aging, the SCN becomes damaged in different ways, one of which is the accumulation of lipofuscin, and this leads to known problems, such as the dysregulation of the sleep cycle, but it also contributes to other problems like dysregulated cell division and sarcopenia. Studies in animal models have shown that replacing damaged SCN function can lead to lifespan gains up to 12%, and there are pharmaceutical compounds that might be able to ameliorate the conditions caused by SCN aging. However, Victor suggests that the solution to this problem would be to either replace or repair the damaged SCN neurons. Victor argues that scn aging should be regarded as a major disease affecting the whole body and treated as such.

By the way, Lifespan News is released every Tuesday at noon Eastern time, while our other X10 science and advocacy videos are released every other Monday also at noon Eastern time. We encourage you to subscribe to our X10 Youtube channel. Once you’re subscribed, be sure to click the notification bell and select All Notifications to ensure you don’t miss any videos. Now back to the news.

For our next story, SIRT3 replenishment reverses lung fibrosis in mice. Scientists have successfully reversed persistent lung fibrosis in mice by overexpressing the SIRT3 protein in lung macrophages. Fibrosis is a repair mechanism that is normally beneficial. As we age, our regenerative abilities falter, and fibrosis goes on unchecked. The researchers investigated SIRT3 as a potential target for idiopathic pulmonary fibrosis, or IPF, treatment. Most sirtuins are active in the nucleus, but a few, including SIRT3, act in the mitochondria. The researchers noticed that SIRT3 is more weakly expressed in the lungs of IPF patients. The same was true in mice with IPF-like lung injuries, and young mice recovered their regenerative potential and SIRT3 levels, while mice with genetically induced accelerated aging did not. The researchers were able to reverse the persistent lung fibrosis in aged mice by overexpressing SIRT3 via airway delivery of SIRT3-coding plasmids. This research contributes to a great deal of our understanding of fibrosis and of ways to alleviate it. These findings also confirm the importance of SIRT3, cellular senescence, and apoptosis for various aging processes. For more details about how SIRT3 alleviates fibrosis, check out the article linked in the description below.

Moving on, scientists say we need to look beyond biology to slow aging. A trio of recent studies highlight the need to incorporate behavioral and social science alongside the study of biological mechanisms in order to slow aging. The researchers, who study aging and are members of the National Academy of Medicine, highlight the importance of social factors in aging. The researchers point out that these social factors are missed in studies on animal models which can limit their findings’ applicability in humans. The researchers say that factors such as stress and early life adversity, psychiatric history, personality traits, intelligence, loneliness and social connection, and purpose in life are connected to a variety of late-life health outcomes. One of the studies proposes five “social hallmarks of aging” which should receive more attention and research. The presence of these five factors were strongly associated with older adults having difficulty with activities of daily living, experiencing problems with cognition, and multimorbidity (which is having five or more diseases) even when controlling for biological measurements. “Variability in human aging is strongly related to the social determinants of aging; and it remains so when extensive biology is introduced as mediating factors. This means that the social variability in the aging process is only partly explained by the biological measures researchers currently use,” said Eileen Crimmins, a University of Southern California Davis School of Gerontology professor and American Association of Retired Persons Chair in Gerontology. However, not all types of stress are equal, and, in fact, some are salutary or beneficial for health. Chronic or toxic stress can accelerate biological aging processes, whereas low-dose, intermittent stress can improve resistance to damage, slowing aging. The types, timing, and frequency of hormetic stress need to be better delineated in order to be useful to human aging research and interventions, according to these studies. Overall, this is a welcome call for broader and more nuanced understanding of the factors driving aging and what we can do about them. So, if this story peaked your interest, then we have good news because there will be some articles about this topic coming up soon on Lifespan.io.

For our final story, can we actually inherit memories from our ancestors? The latest Science to Save the World episode focused on the possibility that ancestral memories might be passed on from one generation to another. Experiments have shown that mice exposed to a frightening stimulus they’d never encountered before were more scared of this stimulus if their parents had been exposed to this stimulus during their lives. The research suggests that the mechanism behind this phenomenon is epigenetic in nature, and while this doesn’t mean you can inherit actual memories from your parents, it’s still a very intriguing result. I’ve been interested in this topic for many years, so I found this episode extremely fascinating. You can learn all about it on Science to Save the World. As always, check the description below for a link to this episode.

That’s all the news for this video. Before you go, there’s a few quick, free and simple things you can do to help us solve the human aging problem. If you haven’t already, please like this video, share this video on social media. Make sure you’re subscribed with the bell turned to All Notifications to ensure you don’t miss any videos. Is there a recent life extension story that you think we should have included in one of our recent videos but haven’t yet? And, which of the stories from this video excited you the most? Let us know what you think in the comments below. We really appreciate it, and we look forward to seeing you in the next episode at least as healthy as you are now.

Telomerase Alleviates Alzheimer’s Symptoms not via Telomeres
0 Comments
Scientists publishing in Nature Aging have shown that telomerase reverse transcriptase slows neurodegeneration but not due to its telomere-building activity [1]. Chromosomes’ bodyguards The word “telomerase” rings a huge bell for people who are familiar with geroscience. The […]
Posted in: News
Tags: Alzheimer's, iPSCs, Telomerase, TERT

Altos Labs’ $3 Billion Launch to Reverse Cellular Aging
0 Comments
In September 2021, we reported that Altos Labs was about to launch an ambitious project to develop partial cellular reprogramming to the point where it could be […]
Posted in: News, Press Releases
Tags: Altos Labs, Epigenetic Alterations, Partial Cellular Reprogramming