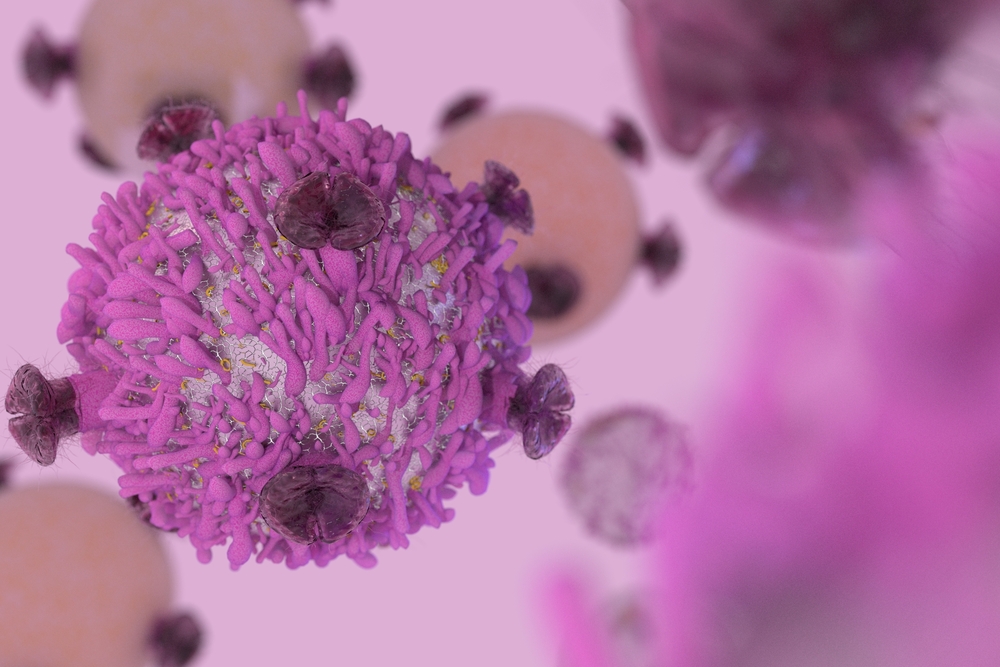 Chimeric antigen receptor (CAR) T-cell therapies involve harvesting immune T cells from patients or other people, altering them genetically to prime them to attack cancer, multiplying them in relatively large numbers, and then infusing them into patients. The alteration consists of inducing the expression of a specific CAR that makes it possible for T cells to bind to specific antigens found only on the surfaces of cancer cells in order to prevent them from attacking healthy cells as well; once a T cell binds to a cancer cell, the CAR also activates that T cell, causing it to destroy the cancer cell. This double functionality of a single receptor is what has earned it the adjective “chimeric”.

While CAR-T immunotherapy is rather effective, it is prohibitively expensive, and treatments need to match specific patients to work properly. As the authors of this study have highlighted in their paper, CAR-T therapies can induce complete remission in certain types of lymphomas, but more than half of such cases eventually experience a relapse, and not all patients respond to them equally well. This pushed the researchers to look to improve upon CAR-based treatments.

The authors of the study, led by Professor Anastasios Karadimitris from the Imperial College’s Centre for Haematology, have tested, on mice, a CAR-based therapy that employs a different kind of T cell, namely an invariant natural killer T cell (iNKT). These cells offer the advantage that they don’t need to be harvested from the same patients in which they’re going to be used; they can be taken from any healthy individual. For this reason, therapies based on iNKT cells hold the potential for easy and cheap mass production, but these are hardly the only possible benefits of these treatments.

While regular CAR-T therapies (CAR19-T) typically attain a 60% rate of long-term survival among mice affected by lymphoma, the researchers found that CAR19-iNKT treatments push this figure all the way up to 90%. Much to their surprise, the scientists also observed that the iNKT cells they engineered were able to reach the animals’ brains, where they successfully eradicated lymphomas.

While CAR19-iNKT immunotherapy seems to be a really promising therapeutic avenue, this research is still in its early stages, and the treatments haven’t been tested in people yet; therefore, researchers cannot exclude any possible side effects. The only way this possibility may be ruled out is running human clinical trials, which is something that the researchers are currently considering.

Meta-Analysis Discovers Goldilocks Zone for IGF-1
0 Comments
A new meta-analysis from Aging Cell has shown that both high and low levels of IGF-1 are related to mortality risk [1]. Insulin-like […]
Posted in: News
Tags: Diet, IGF-1