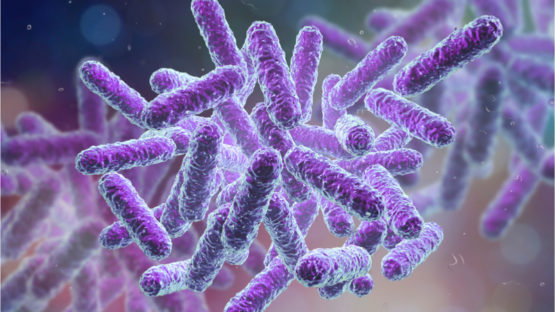 A new publication from researchers at the University of Colorado Boulder shows how gut bacteria increase the risk of cardiovascular disease by contributing to the stiffening of the blood vessels during aging. This study is the first to demonstrate that changes to the gut microbiome promote vascular aging and harm health [1].

The researchers treated groups of young and old mice with a range of antibiotics that are known to kill gut bacteria. Following this, they examined the vascular systems of the mice, particularly the lining of the blood vessels (endothelium) and the stiffness in their large arteries. Additionally, the researchers measured a number of biomarkers, including free radicals, antioxidants, pro-inflammatory cytokines, and nitric oxide in the blood.

After 3-4 weeks of treatment, the researchers once again measured the biomarkers and looked at the vascular system. There was no change in the young group of mice; however, the old mice saw significant improvement in both vascular health and biomarkers. The researchers note that the treatment had suppressed the microbiome of the aged mice and, in doing so, improved their health. Therefore, they concluded that something in the microbiome of old mice was contributing to vascular aging.

In order to determine what might be doing this, they took fecal samples from untreated young and old mice and compared the gut bacteria of both. They typically observed that the samples of old mice had more pro-inflammatory microbes, which are known to be linked to the onset of various diseases. They also noted that older mice had higher populations of Proteobacteria, a family that includes salmonella and desulfovibrio, a pro-inflammatory bacterium.

Finally, the researchers examined the gut bacteria metabolites in the blood of both young and old mice. The old mice had triple the metabolite trimethylamine N-oxide (TMAO) of the younger mice. TMAO is associated with an increased risk of atherosclerosis, strokes, and heart attacks.

The researchers propose that age-related changes to the gut microbiota lead to an increase of harmful metabolites, including TMAO, which enter the bloodstream and cause damage to the blood vessel walls through inflammation and oxidative stress.

They also make it clear that antibiotics should not be used to prevent cardiovascular diseases, as the range of side effects is considerable and using them during the experiment was not a refined approach. The microbiota contains a myriad of bacteria, many of which are beneficial to our health, so using antibiotics, which harms both good and bad bacteria, is not a good idea.

The next step would be to develop a compound that is capable of selectively targeting the bacteria that produce TMAO or blocking it in some other manner.

The gut microbiome is becoming increasingly implicated in aging, and it is no real surprise that certain populations of bacteria produce harmful metabolites. With the growing popularity of research that links the microbiome to aging, it is likely that we will see more of it in the near future.

Hypoxia Reduces SASP Without Reducing Senescent Cell Burden
1 Comment
A new study in Molecular Cell has shown that the benefits of hypoxia may be derived from a suppression of the inflammatory […]
Posted in: News
Tags: AMPK, Cellular Quiescence, Cellular Senescence, mTOR, NF-kB, SASP

LifeXtenShow – Intermittent Fasting
0 Comments
In this episode of X10, we discuss the concept of intermittent fasting: what it is, how it differs from caloric restriction, whether or not it can make […]
Posted in: LifeXtenShow, News
Tags: Caloric Restriction, Fasting Diet, LifeXtenShow
Stay Connected