From the Lab to the Big Screen: Longevity Hackers 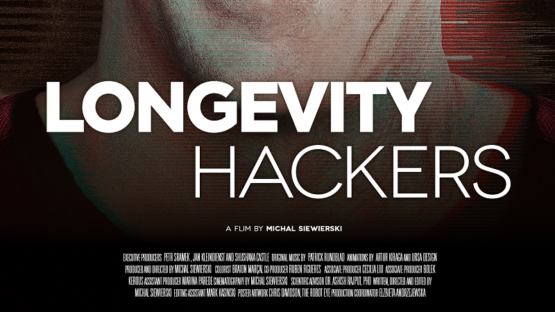 In March 2022, VitaDAO uploaded the funding proposal VDP-39, Longevity Hackers Film Participation, initiating a discussion and vote on VitaDAO’s potential contribution to the project. On March 24th, this vote was passed, and the film’s team received $100,000 in donations from the DAO. With filming due to wrap up this quarter, and a release expected next year, could the film Longevity Hackers bring increased awareness to the longevity cause?

What’s the concept behind the Longevity Hackers film?

Longevity Hackers is a documentary that asks if humans could humans live to 130 or even stop aging. The team draws upon the idea that in as few as 23 years, longevity research could show significant breakthroughs.

Longevity Hackers follows filmmaker Michal Siewierski as he interviews numerous industry experts, from H+ DAO’s Natasha Vita-More to Allison Deuttmann of the Foresight Institute, among many others, to delve into the current state of longevity industry and where it’s heading in the not-so-distant future.

Although the final version of the film is yet to be released, materials on the film’s site indicate that potential topics could include rapamycin/mTOR, the causes of aging, the view of aging as a disease to be cured, autophagy enhancement, drug interventions, AI and longevity, and new approaches to longevity.

The production company, New Roots Films, is based in the US and was founded in 2011 by chief filmmaker Michal Siewierski. New Roots Films has a focus on change-oriented feature-length documentaries, with Longevity Hackers marking the latest feature alongside other documentaries, such as Protein 2.0, Overcoming Anxiety, and Bitcoin Millionaires.

Some of the film’s contributors

The film includes interviews with many industry experts about the future of longevity, including:

How is Longevity Hackers funded?

Undoubtedly, media, particularly documentary films, have an influential impact over public sentiment and awareness. For example, documentaries on the popular media platform Netflix have been noted to hold substantial influence over its viewers, with its documentaries proving highly popular: 73% of Netflix viewers watch them, according to the company’s statistics.

New Roots Films works at a smaller scale than the media giant; however, the power of moving pictures to convey a message remains powerful. With the film, the team aims to raise awareness of longevity issues and human healthy life extension, educate viewers about the field, highlight new potential therapeutic approaches, and utilize the exposure to help longevity science as a whole. To realize its goals, the movie was partly funded by the Longevity Tech Fund (LTF) and Apollo Health Ventures, among other investments and donations, including the $100K donated by VitaDAO. The team is also exploring the potential of IP-NFT ownership with a view of funding future longevity-related films.