Exosomes Involved In Spreading Of Glioblastoma 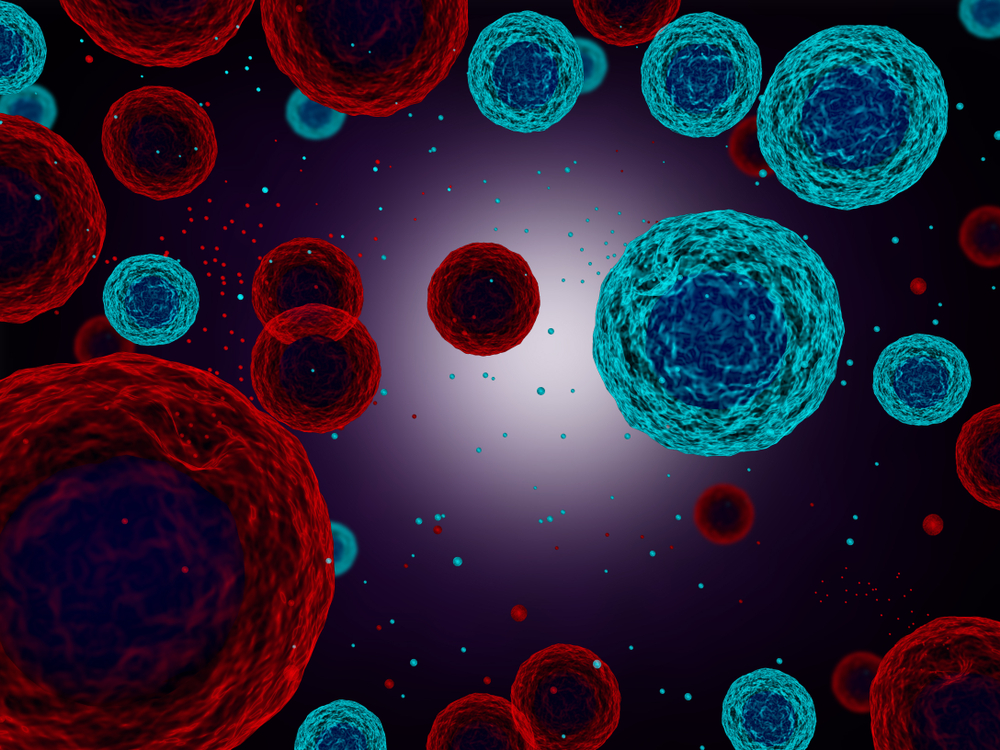 A study by scientists at the Research Institute of the McGill University Health Centre unveiled a mechanism through which deadly glioblastomas can metastasize. The research has been published in Molecular & Cellular Proteomics [1].

Glioblastoma multiforme (GBM) is a highly aggressive and heterogeneous form of primary brain tumors, driven by a complex repertoire of oncogenic alterations, including the constitutively active epidermal growth factor receptor (EGFRvIII). EGFRvIII impacts both cell-intrinsic and non-cell autonomous aspects of GBM progression, including cell invasion, angiogenesis and modulation of the tumor microenvironment. This is, at least in part, attributable to the release and intercellular trafficking of extracellular vesicles (EVs), heterogeneous membrane structures containing multiple bioactive macromolecules. Here we analyzed the impact of EGFRvIII on the profile of glioma EVs using isogenic tumor cell lines, in which this oncogene exhibits a strong transforming activity. We observed that EGFRvIII expression alters the expression of EV-regulating genes (vesiculome) and EV properties, including their protein composition. Using mass spectrometry, quantitative proteomic analysis and Gene Ontology terms filters, we observed that EVs released by EGFRvIII transformed cells were enriched for extracellular exosome and focal adhesion related proteins. Among them, we validated the association of pro-invasive proteins (CD44, BSG, CD151) with EVs of EGFRvIII expressing glioma cells, and down-regulation of exosomal markers (CD81 and CD82) relative to EVs of EGFRvIII-negative cells. Nano-flow cytometry revealed that the EV output from individual glioma cell lines was highly heterogeneous, such that only a fraction of vesicles contained specific proteins. Notably, cells expressing EGFRvIII released EVs double positive for CD44/BSG, and these proteins also co-localized in cellular filopodia. We also detected the expression of homophilic adhesion molecules and increased homologous EV uptake by EGFRvIII-positive glioma cells. These results suggest that oncogenic EGFRvIII reprograms the proteome and uptake of GBM-related EVs, a notion with considerable implications for their biological activity and properties relevant for the development of EV-based cancer biomarkers.

Glioblastoma, also called glioblastoma multiforme, is the most aggressive form of brain cancer, representing 15% of all brain tumor types. The disease spreads quickly, with no real way to prevent it; its treatment is extremely difficult, and existing treatment only manages to extend post-diagnosis survival to 12-15 months on average, with only a few lucky patients making it to five years. In most cases, the etiology of the disease is unclear; symptoms may vary depending on the location of the tumor within the brain. This type of cancer is more common in males, and as one would expect, old age makes for a worse prognosis.

Communication is the key

One of the worst things that can happen to tumor patients is that their tumor metastasizes: it starts spreading around from the original site where it developed; therefore, understanding how this happens may lead to ways to prevent it.

According to this study, in the case of glioblastoma, this can happen through the influence of the EGRFvIII gene on extracellular vesicles (EVs), also known as exosomes.

Exosomes are tiny bubble-like structures that detach themselves from cells passing through the plasma membrane, and they are utilized by cells as a means of communication. The “messages” that cells exchange are encoded in the form of proteins, and as the scientists found out, EGFRvIII may completely change these messages and induce the recipient cells to metastasize.

Detection of exosomes is already used as a way to detect cancer, but researchers are searching for ways of interfering with this cell messaging system in order to prevent metastasis. EGRFvIII isn’t the only oncogene (cancer-promoting gene), and the authors of the study emphasized how different oncogenes may alter exosome messages in different ways, highlighting the necessity of understanding the details of this process in order to develop better diagnostics and treatments.

The Effects of Metformin and Lifestyle on Mortality
0 Comments
An outcomes study conducted by the Diabetes Prevention Program (DPP) has examined the effects of lifestyle interventions and the popular diabetes drug metformin on all-cause mortality. Background The original DPP was conducted at 27 centers in the United […]
Posted in: News
Tags: Diabetes, Longitudinal Studies, Metformin