Cytomegalovirus the Enemy Within 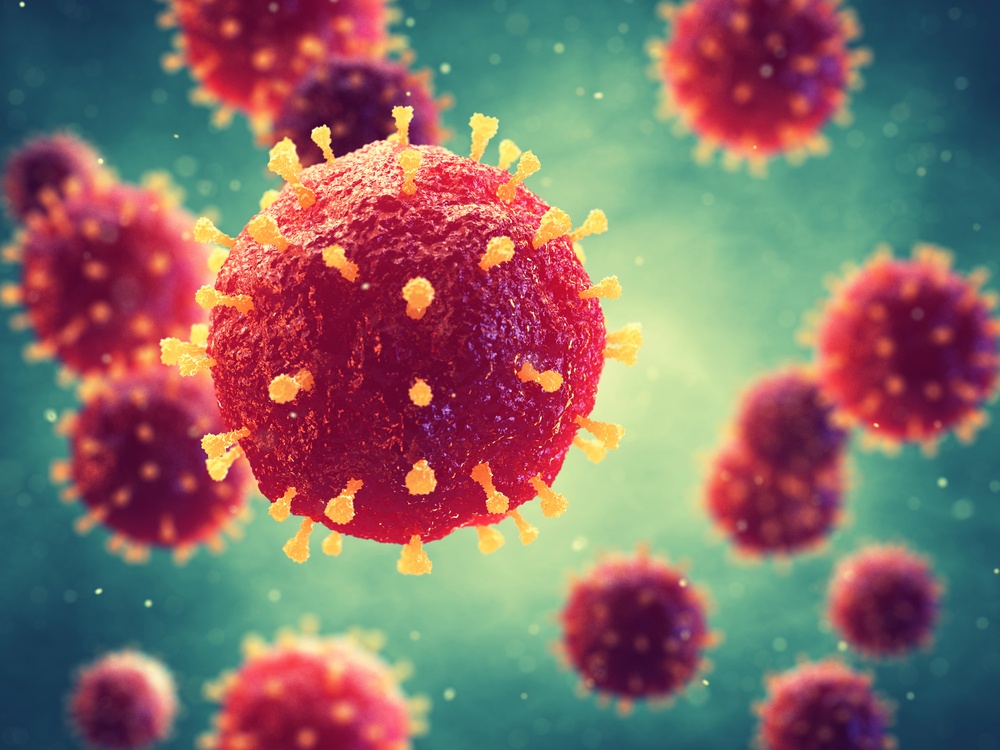 Cytomegalovirus (CMV) is a β-herpesvirus that infects the majority of people in the world, lying dormant and waiting for an opportunity to strike. This persistent virus remains in people for their entire lives once they are infected. it is thought that CMV contributes to microbial burden as we age, and our dwindling immune cell populations are tied up keeping it under control.

Today, we are going to have a look at what CMV is, how it works, and what we can do about it.

CMV is part of the β-subfamily of herpesviruses, a family of viruses that are believed to have been co-evolving with their hosts for around 180 million years[1]. CMV infection is asymptomatic, meaning that it produces no symptoms and is a latent infection; in other words, it lies dormant in the cell awaiting activation under set conditions[2].

Reactivation from this dormant state is believed to happen periodically and so requires constant, lifelong immune surveillance to keep the body free from disease. Patients who have compromised immune systems are at greater risk for CMV reactivation, and this can lead to an increase of morbidity and mortality[3].

CMV is spread primarily via exposure to infected secretions and subsequent mucosal contact, which then acutely infects various cell types. After this acute infection, the virus spreads and then becomes dormant throughout the body.

In order to reactive and awaken from this dormant state, CMV, like all herpesviruses, progresses through an ordered cascade that starts with the expression of intermediate-early genes, which serve as a trigger for further (early and late) viral gene expression[4]. Studies have shown that CMV periodically expresses these intermediate-early genes at random during its dormant (latency) period[5-6]. This means that there is always a background level of CMV reactivation.

Once these initial genes are expressed, the cycle moves to express genes for host manipulation, DNA replication, and viral packaging. The expression of the intermediate-early genes is closely linked to proinflammatory transcription factors, such as Nuclear Factor Kappa beta (NF-κB), TNFα and interleukin-1β. Not surprisingly, these inflammatory signals can reactivate CMV as a result of this link[7-8].

So in this manner, CMV is sensitive to its environment, and its activity is regulated by local inflammatory factors. This means that injuries and other sources of inflammation can reactivate CMV from its dormant state just by the presence of inflammatory signals, and it uses this inflammation as a way to further reproduce and spread.

What can we do about CMV?

Even in people with healthy immune systems, constant CMV reactivations are potent stimulators of CMV-specific T cells. Perhaps more intriguingly, recombinant CMV viruses are currently being explored as a potential basis for vaccine vectors. A recombinant virus is a virus produced by recombining pieces of DNA using recombinant DNA technology.

This may be used to produce viral vaccines or gene therapy vectors. These vaccine vectors can then be used to generate large numbers of T cells against infectious diseases and cancer. Some CMV-based vaccines have been tested in nonhuman primate models of HIV infection [9-10].

A number of studies show that T cells play a crucial role in the control of CMV and prevent it from reactivating from its latent state by suppressing the viral gene expression cascade discussed earlier[11]. As we age, the numbers of T cells we have dwindle, so this suppression almost certainly dwindles as we get older.

Various studies have shown that adoptive therapy can restore CMV immunity, reduce the risk of CMV infection and treat infections resistant to antivirals[12]. Infusions of CMV-specific T cells can restore CMV-specific immunity in people[13], and, likewise, adoptively transferred (cells from either the patient or another person) T cells have also been shown to be able to control the spread of CMV[14].

This means that transferring CMV-specific T cells to infected patients could be a potential approach to dealing with CMV and could quickly restore immunity and prevent CMV-related deaths.

Controlling the spread of the virus is critical because CMV has been shown to tie up a huge number of T cells devoted to suppressing it in the circulation of infected adults[15]. This large number of required cells is likely due to the systemic nature of the virus and the fact that the immune system has to have CMV-specific T cells everywhere in order to keep it suppressed.

A huge amount of your immune system is devoted to keeping CMV in check, and as we age, that is a losing battle. Finding a way to destroy CMV could be very beneficial indeed to the immune system, as it would free up resources to fight other infections.

Adoptive immunotherapy is a promising approach in this respect, and with our ability to produce essentially unlimited numbers of CMV-specific T cells outside the body in culture for transplant, it might be the ideal solution.