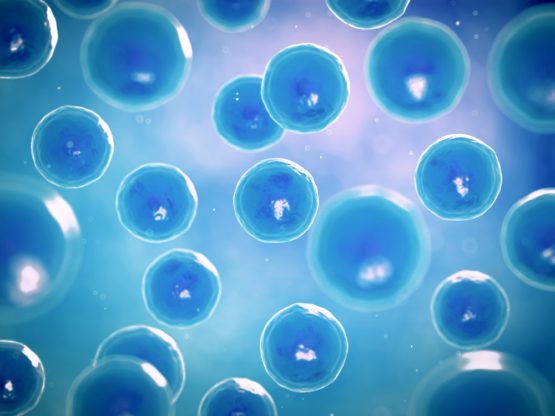 Today, we wanted to bring your attention to a new open access paper. The authors here review the role of cellular senescence in the context of the cardiovascular and metabolic diseases of aging. This paper puts special focus on the aging of the vascular system and the role that accumulating numbers of senescent cells play in that process.

What is cellular senescence?

As the body ages, increasing amounts of cells enter a state of senescence. Senescent cells do not divide or support the tissues of which they are a part; instead, they emit a range of potentially harmful signals known collectively as the senescence-associated secretory phenotype (SASP). Senescent cells normally destroy themselves via a programmed process called apoptosis, and they are removed by the immune system; however, as the immune system weakens with age, increasing numbers of these senescent cells escape this process and build up.

By the time people reach old age, significant numbers of these senescent cells have accumulated in the body and cause havoc; they drive the aging process further, they increase the risk of diseases, and the SASP causes other nearby cells to become senescent, thus increasing the scale of the problem further.

This ability of senescent cells to infect neighboring cells is sometimes called the ‘bystander effect’ and is also part of altered intercellular communication, another process of aging. Senescent cell accumulation causes many problems: it degrades tissue function, increases chronic inflammation that drives the aging process [2], and can even eventually raise the risk of cancer [3] and heart disease [4-5] while shortening lifespan [6].

The removal of these cells is therefore a potential avenue of therapy [7-8]. Indeed, senescent cells’ eradication has been the focus of numerous recent research efforts that have shown some spectacular results [9-11].

In aging societies, the discrepancy between the total lifespan and the healthy lifespan is becoming a major problem. Chronological aging is associated with a higher prevalence of age-related diseases, including heart failure, diabetes, and atherosclerotic disorders with or without various comorbidities, resulting in impairment of the quality of life by the limitation of normal activities. Thus, aging is associated with several undesirable processes. The mechanisms of aging and age-associated disorders are complex, and thus cannot be comprehended by a simple approach. However, recent studies have indicated a pivotal role of cellular senescence in the progression of age-related disorders. Back in the 1960s, Hayflick et al. demonstrated that fibroblasts have limited potential to replicate, indicating that aging also occurs at the cellular level. Such aging of cells is currently described as “cellular senescence”. Senescent cells become enlarged and flattened. In association with proliferative arrest, alterations of gene expression by these cells lead to secretion of pro-inflammatory molecules. This is known as the senescence-associated secretory phenotype, and it results in chronic sterile inflammation that promotes tissue remodeling. Senescent cells have been found in various organs of animal models, as well as in elderly humans and persons with age-related disorders. There is evidence that cellular senescence in the vasculature, termed “vascular senescence”, is crucially involved in the pathogenesis of cardiovascular and metabolic disorders. Vascular senescence has been reported to promote atherosclerosis, systolic cardiac dysfunction, and systemic metabolic dysfunction. In this review, we delineate the role of cellular senescence in the diseases associated with aging, focusing on vascular senescence in cardiovascular and metabolic disorders, and discuss the potential usefulness of therapies targeting senescent cells.

Fortunately, companies such as Unity Biotechnology will shortly be bringing the fruits of this line of research into human clinical trials. If you would like to know more, you can read more about the promise and progress of senescent cell removal.

A Wearable Device to Monitor Metabolites and Nutrients
0 Comments
Today, we want to highlight an interesting development on the wearable diagnostic front: researchers have developed a wearable device that can monitor nutrients, hormones, and drugs [1]. Real-time health monitoring The popularity of medical wearables […]
Posted in: News
Tags: Diagnostics, Wearable Devices

A Review of Inflammation in Alzheimer’s and Parkinson’s
0 Comments
In the Journal of Inflammation, researchers from Johns Hopkins University have published a detailed review of the relationship between brain inflammation and the principal diseases of dementia. A focus on genetics and […]
Posted in: News
Tags: Alzheimer's, Amyloid Beta, Inflammaging, Inflammation, Microglia, Parkinson's, α-synuclein

Multivitamin Supplementation Shown to Improve Cognition
1 Comment
In a large randomized, placebo-controlled study, scientists hoped that cocoa extract would improve cognitive function in elderly patients, but instead it was a multivitamin supplement that shined [1]. A two-in-one study Multivitamins are among […]
Posted in: News, Supplements
Tags: B Vitamins, Cardiovascular Disease, Cognitive Decline, Supplements
Stay Connected