Kevin Strange Teaches Us About MSI-1436 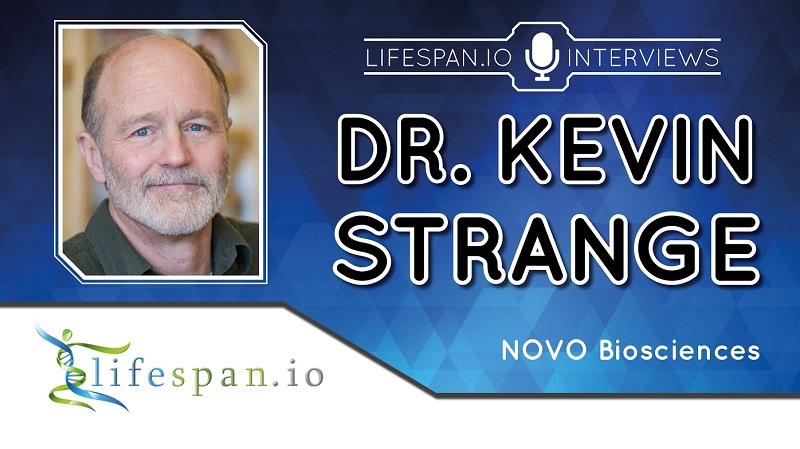 Dr. Kevin Strange is the CEO and co-founder of Novo Biosciences, a biotechnology company focused on regenerating the heart and other organs. We recently had the opportunity to interview him about MSI-1436 (trodusquemine), a compound that promotes regeneration in multiple animal models.

What, if anything, happens to existing scar tissue in the presence of MSI-1436?

More detailed studies need to be conducted to fully understand how MSI-1436 impacts existing scar tissue. However, our published work is very encouraging. We induced ischemic injury in the adult mouse heart by permanently ligating the left anterior descending coronary artery. This is a standard heart attack model. Twenty-four hours after ligation of the artery, we began treating with MSI-1436 or vehicle (placebo). Hearts were isolated from mice for histological analysis 3 days and 28 days after injury and collagen deposition (i.e., scarring) was quantified. In hearts isolated after 3 days, the scarring index measured as area was the same, ~40%, in both MSI-1436- and vehicle-treated mice. In other words, there was no difference in the extent of initial scarring in the two groups of animals.

Do you think that this molecule can be useful in treating pre-existing ischemic heart damage?

Detailed studies need to be carried out to address this important question. However, we do have some very encouraging results in a related model that I presented at the LEAF conference. The D2.B10-DMDmdx/J Duchenne muscular dystrophy mouse model develops severe heart scarring and dysfunction during aging. Treatment of old (11-14 months) mice with MSI-1436 quite strikingly improves heart function measured as left ventricular ejection fraction.  In contrast, heart function continues to decline in vehicle-treated mice. These data suggest that MSI-1436 may be capable of reversing different forms of pre-existing heart damage, including that caused by a heart attack.

Given that it induces tissue regeneration, do you think that MSI-1436 may have a future as a broad treatment for physical injuries, such as surgery or accidents?

The short answer is yes. Regeneration requires the coordinated function of multiple cellular processes, including immune system responses, metabolism, scar resolution, programmed cell death, and cell dedifferentiation and subsequent redifferentiation. These processes are controlled by signaling networks that are inactivated by PTP1B. Inhibition of PTP1B by MSI-1436 thus allows these signaling networks and the intrinsic tissue regeneration mechanisms that they control to remain active.

While we by no means have conducted exhaustive studies, we have not yet seen tissue damage that MSI-1436 does not reverse. MSI-1436 stimulates regeneration in mice and zebrafish, species that are separated by around 450 million years of evolution. These observations, combined with MSI-1436’s mechanism of action, suggest to us that the molecule may have many uses in regenerative medicine.

We have not observed any morphological or functional differences in tissues that regenerate in the presence of MSI-1436.  Our studies in the zebrafish tailfin amputation model are particularly striking. Tailfins are a composite tissue comprising bone, connective tissue, skin, nerves, vascular tissues, etc. Normally after amputation, the tailfin fully regenerates within 10-14 days. Treatment with MSI-1436 stimulates the initial rate of regeneration ~300%. Even with this greatly increased rate of regeneration, the tailfin retains its normal dimensions, morphology, function, and even pigmentation pattern.

Are there any observed side effects of MSI-1436 in animal models?

To date, we have not observed any side effects in mice or zebrafish.  A toxicity study we have published is particularly noteworthy. Developing animals are often more sensitive to the toxic effects of chemical compounds. We injected 1-cell zebrafish embryos daily with MSI-1436 for 14 days. These embryos developed into completely normal larval and adult fish with no altered mortality or obvious signs of developmental defects.

MSI-1436 was first tested in 2007 for the treatment of obesity and diabetes, yet its use for regeneration was not recognized at the time. Do you think that there are any other compounds whose potential has been similarly missed?

The answer is an unequivocal yes. In our opinion, a very significant problem in the regenerative medicine field is the lack of a systems/integrative biology-level understanding of regeneration. From the beginning, the field was naively focused on the concept that stem cell transplants would somehow repair diverse injury types in multiple organs and tissues. This concept was highly reductionist in nature and lacked a sound scientific foundation. Despite over 20 years of intensive R&D and massive investment, there are no FDA-approved stem cell-based regenerative medicine therapies, and the field remains plagued by fraud and unproven claims of clinical efficacy.

The stem cell field was also predicated on the notion that humans and other mammals could simply not regenerate lost and damaged tissues. This dogma has been overturned.  We now know that the developing fetus has remarkable scar-free regenerative capacity. Newborn mammals including humans also have considerable regenerative capacity that is rapidly reduced during postnatal development. Even certain tissues in adults are capable of regenerating. Blood, skin and gut cells constantly regenerate. Skeletal muscle has considerable regenerative capacity that is greatly reduced during aging. Even the long-held dogmas that heart and brain cells do not turnover, which was thought to underlie the inability of these organs to repair and regenerate, have been overturned. The inescapable conclusion is that the genetic circuits and biological machinery needed for regeneration are encoded in the human genome. As MSI-1436 demonstrates, it is very likely that other pharmaceutical compounds may be able to reactivate intrinsic regenerative capacity in humans.

Finally, it is critical to understand that regeneration requires much more than stem or progenitor cell activation and proliferation. It requires highly coordinated activation and regulation of diverse cellular and physiological processes, including immune system responses, metabolism, scar resolution, programmed cell death, and cell dedifferentiation and subsequent redifferentiation. As we begin to understand these processes at both the molecular (i.e., reductionist) and systems/integrative biology levels, we will be better able to target them with existing and new pharmaceutical compounds to improve tissue repair and regeneration.

Other than PTP1B, do you know of any natural inhibitors of regenerative or other beneficial processes that could potentially be targeted by a small molecule approach?

Our own work has identified several other interesting potential therapeutic targets for regenerative medicine. Much additional work is needed to determine whether modulation of these targets by small molecules or other means will have therapeutic value.

Is there anything that you can tell us about the trial for MSI-1436 in a pig model of heart attack?

These studies are ongoing, but we are very encouraged by early results. The work needs to be completed, though, before we are can draw confident conclusions about efficacy.

Is there anything that you can tell us about the upcoming Phase 1 trial of MSI-1436 as a treatment for Duchenne Muscular Dystrophy?

After a pre-IND review of our findings, the FDA informed us that we had sufficient preclinical efficacy data to support an IND application to test for the ability of MSI-1436 to slow and/or reverse heart and skeletal muscle damage in Duchenne patients. Prior to filing the application, we must carry out a dosing regimen study. We will also need to carry out juvenile toxicity studies if we initially study MSI-1436 in juvenile patients.

Our newer data suggest that MSI-1436 may be capable of improving heart function in adult Duchenne patients. While extensive toxicity testing of MSI-1436 has been carried out in adult animal models and humans, we do not have the right to refer to those data in an IND application. We will thus likely have to repeat adult animal toxicity testing. However, this work will go quickly, since we are very familiar with the findings of previous toxicity studies.

The Development of Glowing Pluripotent Cells
0 Comments
A team of Chinese researchers has described a novel method of illuminating pluripotent stem cells in a paper published in Aging. How and why Using a lentivirus, the researchers genetically engineered mouse embryos to express green fluorescent protein […]
Posted in: News
Tags: Cellular Reprogramming, iPSCs, OSKM, Yamanaka Factors

Using an Endemic Virus as a Gene Therapy for Life Extension
0 Comments
In a study printed in PNAS, researchers have shown that telomerase reverse transcriptase (TERT) can be given to cells in living mice through a viral vector, […]
Posted in: News
Tags: Cytomegalovirus, Gene Therapy, Telomere Attrition

NMN Boosts Effectiveness of Immunotherapy in Mice
0 Comments
In a pre-print paper, scientists have shown that treatment with NMN increases the survival and anti-cancer efficacy of CAR-T cells [1]. The problem with immunotherapy T […]
Posted in: News
Tags: CAR-T, Immunotherapy, NMN