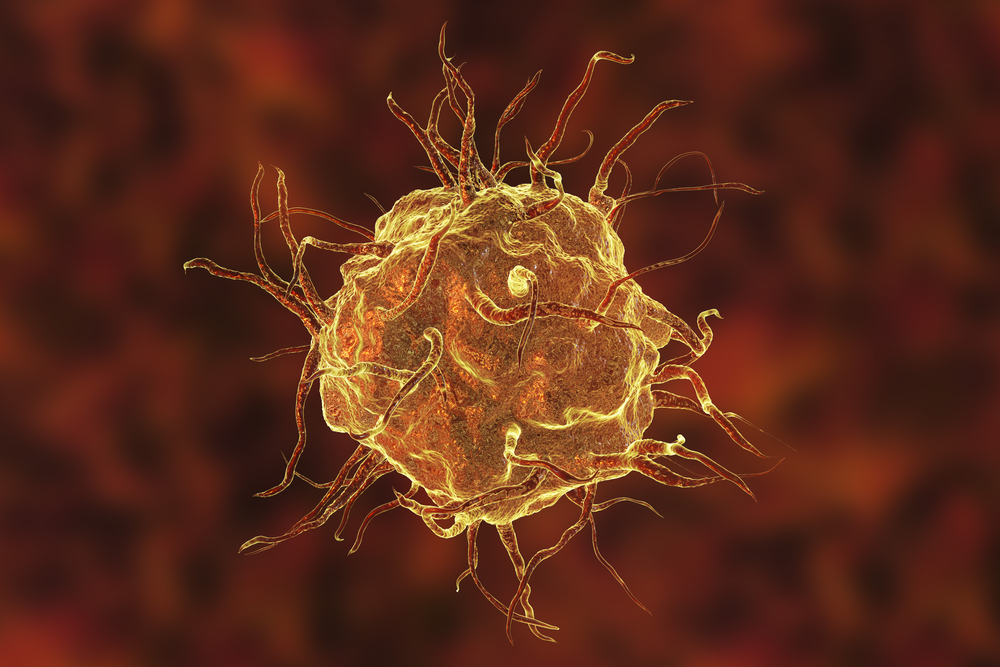 A reliable, low-cost means of early detection of cancer would be of great benefit. Approaches to the treatment are advancing to the point at which very early stage cancer has a high rate of survival, and the side-effects of treatments for early stage cancer are becoming less onerous. In the ideal world, a yearly physical would include a low-cost cancer screen that robustly detects even small volumes of cancerous tissue. Various approaches are under development, such as those based on identification of signal molecules in the bloodstream. The alternative approach noted here, based on the use of engineered nanoparticles, is an interesting one, as it can in principle also be used to locate a cancer following the initial low cost screening.

identification of signal molecules in the bloodstreamnanoparticles

Researchers have been developing cancer diagnostics that work by generating synthetic biomarkers that can be easily detected in the urine. Most cancer cells express enzymes called proteases, which help them escape their original locations by cutting through proteins of the extracellular matrix. Cancer-detecting nanoparticles are coated with peptides that are cleaved by these proteases. When these particles encounter a tumor, the peptides are cleaved and excreted in the urine, where

Lifespan News – Impetus Grants for Longevity
0 Comments
We’re happy to report on this episode of Lifespan News that roughly $26 million will be given in grants to people working on age-related research. Script Around $26 million in grant funding has […]
Posted in: Lifespan News, News
Tags: Cryptocurrency, Lifespan News BioNTech mRNA Cancer Treatment Enters Human Trials
0 Comments
The current pandemic has brought mRNA vaccines into the spotlight and have likely sped up the widespread adoption and usage of this technology. Now, a company has its sights set on treating cancer with mRNA […]
Posted in: News
Tags: BioNTech, Cancer, Cytokines, RNA

Boosting NANOG to Revitalize Muscle Cell Progenitors
1 Comment
Boosting the expression of the transcription factor NANOG reduces markers of cellular senescence in cultured muscle cells and in live mouse models, according to new research [1]. This holds out the hope that cells could be rejuvenated without […]
Posted in: News
Tags: NANOG, OSKM, Partial Cellular Reprogramming, β-gal